The African Union Commission deals with policy across the 55-member bloc. In an exclusive interview with DW, its deputy chairperson, Kwesi Quartey, outlined how the AU executive tackles Africa's most pressing problems. African Union Commission Deputy Chairman Kwesi Quartey, who talked to DW Africa in Accra, saluted positive developments in Africa, such as the agreement reached between the military and protesters in Sudan. From Ghana, Quartey was well aware of the challenges that his organization is dealing with. The diplomat said he understood the challenges that the AU faces.

DW: Sudan's Transitional Military Council has struck a deal to form a transitional government with protest leaders. How closely is the AU monitoring the situation there?

Quartey: In the view of the leadership of the African Union, representative government really is the best guarantor for peace and security, and for economic development. So we are delighted that, between the military government and the rest of the protesters, they have come to an arrangement, which will allow them the possibility of sitting down together now to determine what to do going forward and how to do it. So that is a very good development for Africa.

How concerned is the AU about the coups that are taking place across the continent?

We are concerned. But we also recognize that the military is a backbone of the state and in a situation of chaos normally the military will not sit down and watch the political situation fall apart. So, some of it is inevitable. In a way, I remember we were concerned about democracy in Libya. And after the Security Council resolution of a no fly zone, [late Libyan leader Muammar] Gadhafi was forcibly overthrown in the hopes that democracy would be restored. We have neither democracy, nor stability; we have no peace; we have insecurity. So, you know, a continuing democratic, open transparent government is the best. But in the absence of the best you need at least political stability. You need a central government. You need security and peace, which will allow you to proceed towards a democratic and open governance system.

We still have issues of insecurity in parts of Africa. For instance: South Sudan, the Lake Chad Basin, the Boko Haram crisis, and Somalia. Why is it difficult to fix the issue of insecurity on the continent?

It is not for want of trying and certainly not for want of willingness. The situation on the ground determines everything. And the institutions, when they are well developed, assist. Take the Lake Chad region and its connection with Boko Haram. Lake Chad used to be the water body which gave life and employment and good living to all the countries in neighborhoods surrounding it. Now Lake Chad is drying up. There is consequential damage to employment, to livelihood, to life in general, leading to depression, lack of livelihood for young people, inability to go to school. They [the young people] become easy targets for fanatics and extremists. And then they are slowly introduced to arms and it becomes totally uncontrollable. I think that is what might have happened in the Lake Chad region in relation to Boko Haram. 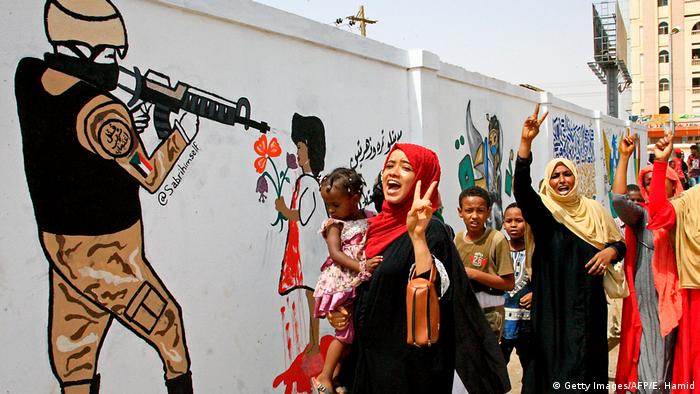 Sudanese celebrating the agreement between the military and civilian protesters

What is the AU doing really to deal with migration? We still have young people leaving the continent and travelling through the desert and crossing the Mediterranean Sea. They risk their lives to get to Europe. What is being done to ensure that these young people stay on the continent?

Many people doubt that the trade deal's implementation will really be effective. What do you say to that?

Already there is talk of strategic cooperation between Ghana and Cote d'Ivoire [Ivory Coast] in cocoa production processing. Whereas at first it used to be: "Cote d'Ivoire is producing one million tons, we have to overtake them." Then the prices go down. Now we are beginning to think strategically. We are beginning to coordinate the production, the marketing and the processing. So all these are things have to fit into the AfCFTA idea. And we have to take advantage of the youth bulge in Africa, because the African population will double in the next ten or twenty years. It will be the continent with the youngest generation of workers.