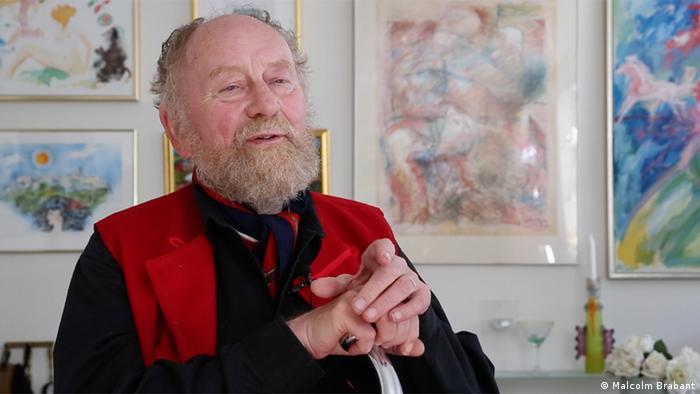 Danish cartoonist Kurt Westergaard, known for his controversial caricature of Islam's prophet Muhammad, died at the age of 86, his family told Danish media on Sunday.

The artist became known internationally in 2005 after a series of his drawings were published in the conservative daily, Jyllands-Posten under the headline, "The Face of Muhammad."

One of the cartoons that sparked a particular backlash showed the prophet wearing a turban in the shape of a bomb.

Two weeks after the series was published, demonstrations against it were held in Copenhagen, and ambassadors from Muslim countries in Denmark lodged their protest.

The anger escalated beyond Denmark, across the Muslim world in February 2006.

Protests in Muslim countries soon turned violent. Danish and Norwegian embassies were attacked and dozens of people were killed.

The cartoons eventually led to a debate about the limits of free speech and questions surrounding religion.

Westergaard was a teacher who worked with Jyllands-Posten since the 1980s. According to Berlingske, the drawings had been published once before without causing outrage.

After the controversy, Westergaard and others associated with the cartoons had to live under the constant threat to life. He was provided police protection and lived at a secret address.

In 2010, he narrowly escaped an assassination attempt by a 28-year-old Somali man who broke into his house armed with an ax.

Ten years ago, cartoons of Muhammad in a Danish paper enraged the Muslim world. As Europe grapples with the refugee crisis, the men behind the publication reflect. Malcolm Brabant reports from Denmark.

Otfried Höffe: 'Freedom of art: no limits, no excuses'

According to Immanuel Kant, the idea behind the separation of church and state should extend to art. Contemporary philosopher Otfried Höffe believes that Islam will eventually come to the same conclusion.