Kremlin′s prison amnesty benefits only few | Europe | News and current affairs from around the continent | DW | 12.06.2015

The Kremlin announced a prison amnesty on the 70th anniversary of the World War II Allied victory. But weeks later most remain locked up. Human rights activists call the amnesty a farce. Mareike Aden reports from Moscow. 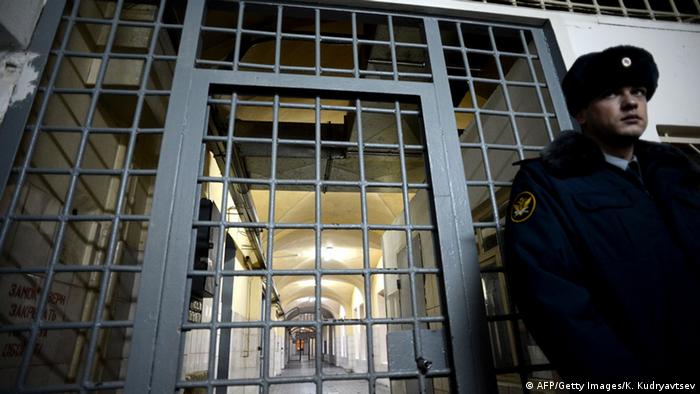 In the Moscow headquarters of the self-help group "Rus Sidyashaya," or "Russia Behind Bars," Olga Romanova and her fellow activists should be flooded with phone calls from people telling them that their relative or friend was granted amnesty. Instead they are getting phone calls from people panicked that their loved ones will stay in prison even though they are eligible for amnesty. Russian state media has portrayed the amnesty for months as a present to the Russian people, a grand gesture of mildness on the occasion of Victory Day. Lawmakers, who nodded through the amnesty designed by the Kremlin, stated that as many as 400,000 people could benefit, including prisoners, people with suspended sentences and those still on trial.

But so far things have been moving very slowly. According to "Russia Behind Bars," only around 1,000 inmates have been freed since the amnesty was announced in the Russian government's newspaper. Official numbers aren't much higher: Russia's Federal Penitentiary Service said in May that around 2,200 inmates had been granted amnesty, according to news agency Interfax.

Individuals accused of minor or moderate crimes are eligible if they served in the army during the Soviet war in Afghanistan or in the North Caucasus. Sole providers of small children are also entitled as well as those who worked as so-called liquidators after the Chernobyl nuclear plant disaster. Other outstanding services for Russia might also do it.

In Russia, amnesties are a tradition dating back to Tsarist and Soviet times, and normally come into force automatically with their publication in the government bulletin. This time though there is a hurdle: State prosecutors must decide on every single case. "All of a sudden Putin's word is not enough," says Romanova sounding unnerved. 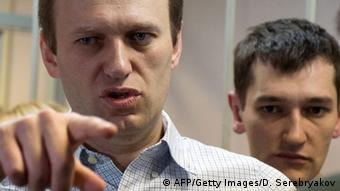 Alexei and Oleg Navalny won't benefit from the amnesty either

Now relatives of inmates are struggling to collect the many official documents and records the prosecutors demand for their friends or loved ones to be amnestied. "The prosecutors are in no hurry to set anyone free," says Romanova. "Russia Behind Bars" has heard reports about riots in penal colonies in Nizhny Novgorod and in the region of Bashkiria due to dissatisfaction with the amnesty. It is unclear what will happen once the six-month deadline for the amnesty expires.

From meetings with representatives of the penitentiary service, Olga Romanova knows that they aren't happy about the delays either. After all, one of the main aims of the amnesty is to unburden Russia's overcrowded prisons, which have suffered under budget cuts. Overall Russia has just under 700,000 prisoners; only the USA and China have more.

Olga Romanova, a stout woman in her 40s, knows exactly what it feels like when a relative is in prison and his case is in limbo. Her husband, a wealthy businessman, was charged in 2009 with fraud and embezzlement in a case she says was fabricated. Romanova publicly fought for his release and in the process set up "Russia Behind Bars," which advocates for prisoners' rights - guilty or not. "With the amnesty, our authorities pretend to be humane. Just as they love to pretend they are democrats," she says.

Finance and drug crimes, which the authorities frequently use to put undesirable people behind bars, are excluded from the amnesty. Thus opposition leader Alexei Navalny, who received two suspended sentences for embezzlement and fraud, won't see his sentence dismissed. His brother Oleg, who was handed a jail sentence for similar charges, will also remain locked up. That goes for those convicted in the infamous Bolotnaya case, too: Dozens had been charged with inciting or taking part in so-called mass riots on the eve of Putin's inauguration, and 11 remain in prison.

The last amnesty at the end of December 2013 was granted on the occasion of the 20th anniversary of the Russian constitution, and back then some well-known Kremlin critics were amnestied, among them the women of Pussy Riot and several of the accused in the Bolotnaya case. 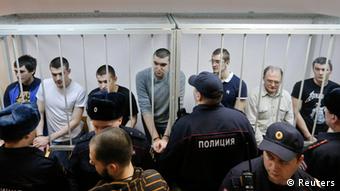 Thirty-one-year old Maria Baronova, a chemist by education, who is facing two years in jail over the Bolotnaya rally, was offered amnesty then - and took it even though she understood that it was part of a political game plan. The trial was ruining her health and her financial situation, she says. "To release me and some others was a great opportunity for Putin to polish his image abroad," Baronova says. "But now with the situation with Ukraine, he knows that it won't help anyway. So he doesn't even pretend, and political prisoners remain locked up."

Baronova has since October worked for the Open Russia Foundation, started by former oil tycoon Mikhail Khodorkovski after he, too, was pardoned at the end of 2013. As coordinator of the human rights program, she works with political prisoners and their families. "None of them hoped to get amnesty. They know that Russia has become a much darker place over the last years." But Olga Romanova from "Russia Behind Bars" disagrees. "When you sit in jail, guilty or not, you know that amnesties are your big chance to get out," she says. "Even 15 years of Putin couldn't kill off the belief in miracles - especially when you sit in jail."

'A sham of an amnesty'

Seventy-five-year-old Vladimir Ionov is one of the very few opposition activists, who might actually benefit from the amnesty. The pensioner from Moscow is a fixture at any anti-Kremlin protest and is facing up to five years in jail or a heavy fine, because he was detained four times at unsanctioned rallies. He was among the first to be charged under the recently tightened protest law. It's the combination of his age and the legal paragraphs he was charged under that entitles him to amnesty now. But two of his fellow protesters remain under house arrest and still face prison - because they are younger. That's why Ionov isn't enthusiastic about the prospect of being spared punishment.

"The amnesty is a sham and a lie, just like everything in this country," Ionov says, adding that as soon as his amnesty is confirmed by a prosecutor, he will return to the streets to protest against Vladimir Putin and his system.

The Russian Duma has passed a law that can label any international group "undesirable." Its vague wording means it could affect the business world as well as Russian civil society. Emily Sherwin reports from Moscow. (19.05.2015)

Russian opposition leader Alexei Navalny has been spared a prison term, after a Moscow court ruled against turning his suspended sentence into jail time. (14.05.2015)