Kremlin turns up pressure on critical media | Europe| News and current affairs from around the continent | DW | 01.03.2012

Russian journalists are complaining about layoffs, audits and censorship. It seems voices critical of the Kremlin are to be banished from the media before the presidential election. 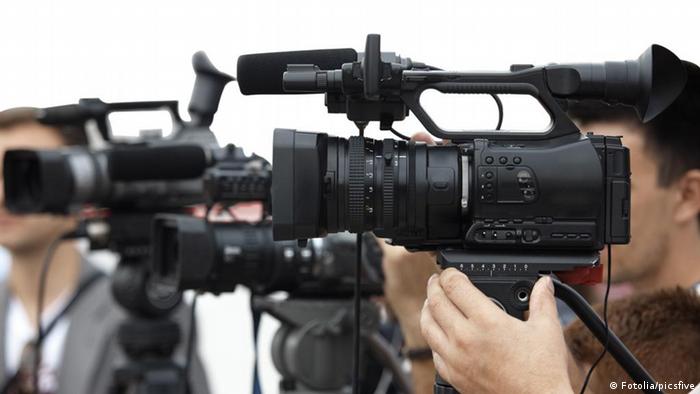 Ahead of the presidential elections on March 4, it seems that everything in the Russian media revolves around the Kremlin's candidate, Vladimir Putin. On television, in newspapers and on the Internet, he is ubiquitous.

The other four presidential candidates are given far less coverage in the media. Putin announced that he had no time for TV debates with them. The 59-year-old prime minister served two terms as president from 2000-2008 and wants to return to the role once more. 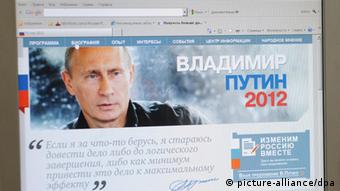 Putin puts forward his case on the internet

To keep everything the way Putin likes it, critical media are under increasing pressure. This can be seen, for example, in the moves made against staff at the radio station Ekho Moskvy, which has long been the most critical voice in the country. Some three weeks before the presidential election, the station's main shareholder, Gazprom Media - a subsidiary of state-controlled energy company Gazprom - fired editor-in-chief Alexei Venediktov and three other directors from the station's board of directors.

Venediktov said it was clear the intent was to increase pressure on Ekho Moskvy, so that the station would in future report positively about Putin. The prime minister had recently berated Venediktov using coarse language, accusing the station of failing to report about him in an appropriate manner and of serving US interests.

"It is clear that Gazprom has instructed its people to work flat out before the elections," Alexei Simonov, head of Moscow's Glasnost Defense Foundation, told DW. Gazprom Media has become active in other instances, he said. Of note is the dismissal of four senior managers of the Russian publishing house Kommersant by its owner Alisher Usmanov, who is also Managing Director of Gazprominvestholding, another Gazprom subsidiary. 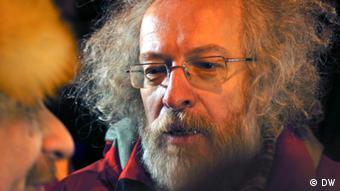 Alexei Venediktov was fired from the board of Ekho Moskvy

But the Kremlin doesn't only meddle with media coverage via Gazprom. Politicians loyal to Putin also take part. Robert Schlegel is an MP from the ruling party United Russia, and deputy head of the Duma committee on information policy. In mid-February, he called on the state prosecution service to determine who had financed the television coverage of opposition demonstrations against election fraud in Russia at the independent TV station Dozhd.

Dozhd was launched as an Internet TV station, but it can also be received in some regions of central Russia via satellite or cable. Its main target group is still Internet users. Much of its programming consists of live broadcasts, with a focus is on political reporting. Dozhd was the only station to report on the protests after the Duma election in December last year. 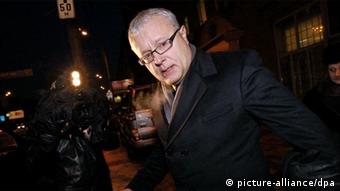 Lebedev is co-owner of the Kremlin-critical Novaya Gazeta

The Kremlin-critical newspaper Novaya Gazeta is currently complaining about financial problems. The reason was an "unprecedented audit" of the bank of co-owner Alexander Lebedev. His accounts were frozen, editor-in-chief Dmitry Muratov announced. It was necessary to suspend payment of salaries for a month, he said, but the newspaper would continue to appear.

The financial magnate Lebedev and former Soviet president Mikhail Gorbachev hold a 49 percent stake in Novaya Gazeta. The remaining 51 percent is in the hands of the editorial staff. The newspaper is known for its investigative journalism. Eight employees of the Novaya Gazeta have been seriously injured or killed since 2000, including Anna Politkovskaya and Natalia Estemirova. Both had reported human rights violations in Chechnya.

The Secretary of the Russian Journalists' Union, Vladimir Kasyutin, says that the events in Russia's media landscape show that the situation in the country is deteriorating. "Things got worse after the elections to the State Duma. We have seen severe restrictions on the freedoms of journalists, especially those at television and radio stations, and severe restrictions on content," Kasyutin told DW. While in some cases this is more a case of self-censorship, he said, in others it is genuine state censorship.