Kramer spent two seasons on loan at Borussia Park before returning to Bayer Leverkusen last summer. The World Cup winner has returned to Mönchengladbach, who will compete in the Champions League next season. 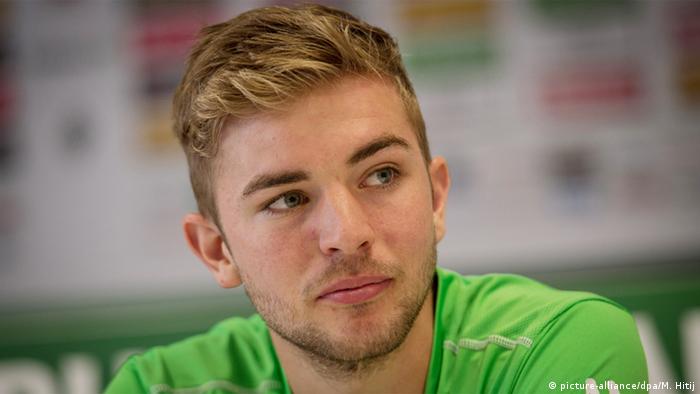 Christoph Kramer has rejoined for Borussia Mönchengladbach in a deal worth around 15 million euros (17 million dollars). The 25-year-old, who spent two seasons on loan at Borussia-Park, has signed a five-year-deal, which will expire at the end of the 2020/21 season.

"Reluctantly, we let Christoph return to Leverkusen a year ago," said Gladbach sporting director Max Eberl. "But we are delighted to bring him back to Borussia. He knows our team, he knows the club and will play an important role in our young team with his experience and personality."

A product of Leverkusen's youth academy, Kramer spent a season at VfL Bochum before joining Gladbach on a two-year loan deal in 2013. The midfielder performed brilliantly for Lucien Favre's side and made Germany's 2014 World Cup squad. Kramer made over 60 appearances for the Foals, but returned to his parent club at the end of his loan deal.

Kramer made 28 Bundesliga appearances last season at Leverkusen, but his position in Roger Schmidt's side was under threat with competition from Charles Aranguiz and new signing Julian Baumgartlinger. He now replenishes Gladbach's midfield core after the departure of Granit Xhaka to Arsenal.

Sebastian Rode has left Bayern Munich after receiving minimal playing time over two years. The 25-year-old midfielder has signed a four-year deal with Dortmund to try to rekindle his career. (06.06.2016)

Bayer Leverkusen left the Allianz Arena with a point when they could — and should — have taken all three. For Bayern Munich, it was another shaky defensive display and more dropped points as their mini slump continues.

Bayern Munich, missing nine players to COVID, lost for the second time this season to Borussia Mönchengladbach — this time in the Bundesliga. It's a vital win for Gladbach, with Bayern forced to field teenagers.

Monday's doubleheader saw Leverkusen tighten their grip on a top four place in the Bundesliga. While Moussa Diaby and Patrik Schick shone for Leverkusen against Frankfurt, RB Leipzig crashed in Mönchengladbach.