Sebastian Rode has left Bayern Munich after receiving minimal playing time over two years. The 25-year-old midfielder has signed a four-year deal with Dortmund to try to rekindle his career. 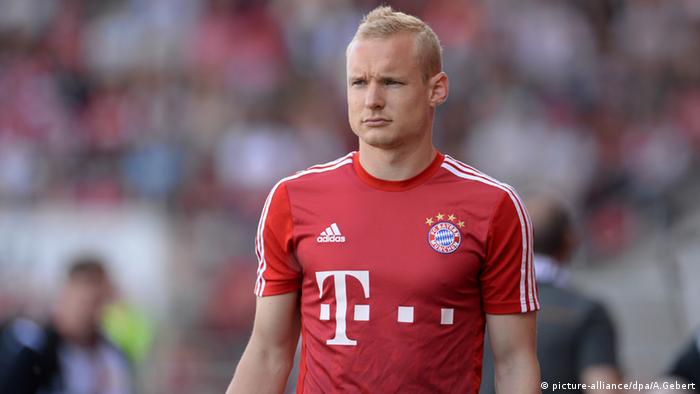 Borussia Dortmund have confirmed the signing of Bayern Munich midfielder Sebastian Rode on an four-year-deal until June, 2020.

Without disclosing the value of the transfer between the two Bundesliga clubs, the 25-year-old midfielder represents the fourth signing Dortmund have made since the end of the season, following Ousmane Dembele, Mikel Merino and Marc Bartra.

"I've been a BVB fan since a child and am therefore delighted that a transfer to my favorite club worked out, " Rode said in a statement on Dortmund's website. "Thomas Tuchel is a fantastic coach and I also know many of teammates as very strong characters and extremely great players. I am looking forward to the new challenge and my first home game in black and yellow at the Signal Iduna Park"

Rode signed with Bayern on a free transfer in 2014 before his contract with Eintracht Frankfurt expired, However, he struggled to tie down a regular first team spot in Pep Guardiola's Bayern squad, making just four starts last season.

The player's frustration at a lack of game time hit a boiling point early this year when he admitted that Guardiola had stopped talking to him and that he didn't know why he wasn't playing on a regular basis.

"Sebastian Rode asked us to release him from his contract because he thinks he has a chance to play on a regular basis in Dortmund," said Bayern chairman Karl-Heinz Rummenigge in a club statement. "We've granted this request. FC Bayern thanks Sebastian Rode for his commitment and his strong character in the last two years. We wish him all the best for the future."

Rode will now be in the mix to fill the void left behind by Ilkay Gundogan, who completed his move to Manchester City last week.

Following some high profile recent departures, Borussia Dortmund fans finally have some transfer news to smile about. Dortmund have snapped up Barcelona's Spanish defender Marc Bartra, 25, for a fee of 8 million euros. (03.06.2016)

Ilkay Gündogan has agreed to a transfer to Manchester City, ending his five-year stint at Borussia Dortmund. The German international is currently recovering from a knee operation that has ruled him out of Euro 2016. (02.06.2016)

Mats Hummels has returned to the club he played for as a child, after agreeing a five-year deal. The move comes just days after he captained Dortmund in the German Cup final against Bayern. (23.05.2016)