Kosovo and Serbia battle over customs stamps | Europe| News and current affairs from around the continent | DW | 27.07.2011

A trade conflict has erupted between Kosovo and Serbia. The Kosovo government recently imposed an import ban on goods from Serbia, which led to chaotic conditions at some border crossings and even violence. 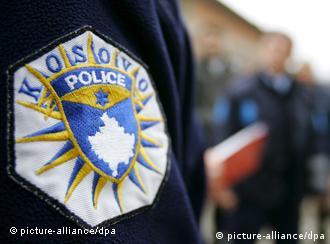 In February 2008 the majority of Kosovo's Albanians declared independence from Serbia. Shortly afterwards, the government in the new capital Pristina introduced new customs stamps - a symbol of the nation's newly-won sovereignty.

More than 70 countries, including most EU members, recognized the youngest European state. But Serbia considered Kosovo a breakaway province, and Belgrade refused to recognize the new Kosovar customs stamps. At the end of 2008, this led to the de facto prohibition of both direct import of goods from Kosovo to Serbia, as well as the transit to third countries. Goods from Serbia, however, could still be freely imported into Kosovo.

Nevertheless, Serbia still does not recognize Kosovo as an independent state, but rather a UN-controlled entity within its territory. 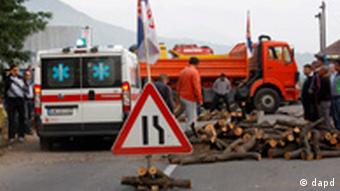 There is still a huge imbalance in trade relations between the two countries. While Serbia exports goods valued at approximately 300 million euros ($432 million) to Kosovo annually, the value of goods imported from Kosovo is a 100 times less - around three million euros. Over 12 percent of Kosovo's imports come from Serbia, which is Kosovo's second largest trading partner.

Initially, there were attempts to solve the problem as part of the EU-brokered negotiations on the mutual relations between Serbia and Kosovo. The goal was to provide relief for the Albanian majority and the Serbian minority in Kosovo. But last week negotiations broke down, and the government in Kosovo decided to impose an import ban on Serbia.

Serbia reacted aggressively. President Boris Tadic called the decision an "unacceptable and hostile act," and went to describe the gesture as "immoral, absurd and contradictory to the principles of the EU." That outburst made further negotiations much more difficult. Serbia's leader blamed the decision on outside influence, saying it could not have been made without international sponsors. 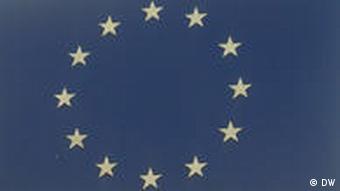 Serbia is hoping for a chance to join the EU

Tadic's comments reflected the popular Serbian interpretation of the situation: the Kosovar government, at the behest of Prime Minister Hashim Thaci, is deliberately provoking Serbia in order to extort political concessions - especially the recognition of its independence. Serbia is currently struggling to become a candidate for EU membership and is keen to present itself as a reliable partner.

But in Kosovo the import ban on Serbian goods is seen as a legitimate act of an independent state - and as a reaction to the Serbian policy of non-recognition.

While the import ban was enforced at most border crossings, commercial trade continued to operate on two checkpoints in the Serbian area of settlement. The government in Pristina sent a special police unit to enforce the trade embargo, even though officials of the EU police mission EULEX are officially responsible for those two crossings. The path to one of two disputed border crossings was then blocked by angry Serbs, and violent clashes ensued. A Kosovar police officer was seriously injured and later died of his injuries.

After the intervention of the international KFOR peacekeeping force, which is under NATO command, the Kosovar special forces withdrew. Prime Minister Thaci said the actions were justified, and that his government would not compromise when it comes to the security of the country or the right to pass laws.

"Kosovo is committed to opening up borders, but not changing its borders," Thaci said.

Meanwhile, Belgrade has requested an emergency session of the UN Security Council because of the clashes.

Dissatisfaction in Kosovo over US policy channelled into satire

The Pimpsons, inspired by the long-running US television series with a very similar name, are an internet sensation in Kosovo, poking fun at the American ambassador and the influence he wields. (21.07.2011)