Kobe Bryant: The loss of a sporting legend 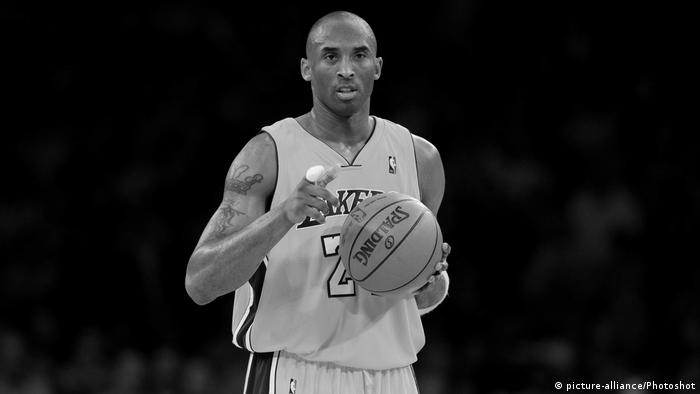 Kobe Bryant, a former Laker considered one of the greatest players in the history of basketball, was killed in a helicopter crash on Sunday. He was 41 years old.

His 13-year-old daughter Gianna also died in the crash.

Bryant played for the LA Lakers for 20 years, won five NBA championships and was twice the NBA Finals MVP.

Bryant scored 33,643 points in his career, which ranked third in NBA history at the time of his retirement. Just last Saturday, though, LeBron James passed him and Bryant tweeted his support shortly thereafter.

The mayor of Los Angeles, Eric Garcetti, said in a statement: "He will live forever in the heart of Los Angeles, and will be remembered through the ages as one of our greatest heroes."

From Philly to LA stardom

Born in Philadelphia, Bryant moved to Italy at age six as his father Joe wanted to continue playing professional basketball at a lower level. Kobe and his family moved back to the US in 1991, after Kobe's father finished his playing career.

Bryant impressed in Lower Merion High School, winning several awards, and declared for the 1996 NBA draft at just 17 years old. The LA Lakers — Bryant's favorite team from youth — signed him in the first round after the Charlotte Hornets agreed to trade the 13th pick.

After two seasons, Bryant emerged as one of the best guards in the NBA. The arrival of coach Phil Jackson changed his career, as did a partnership with teammate Shaquille O'Neal. Three consecutive NBA championships followed in 2000, 2001 and 2002. Bryant became the youngest player to win three championships and became known as a clutch player. 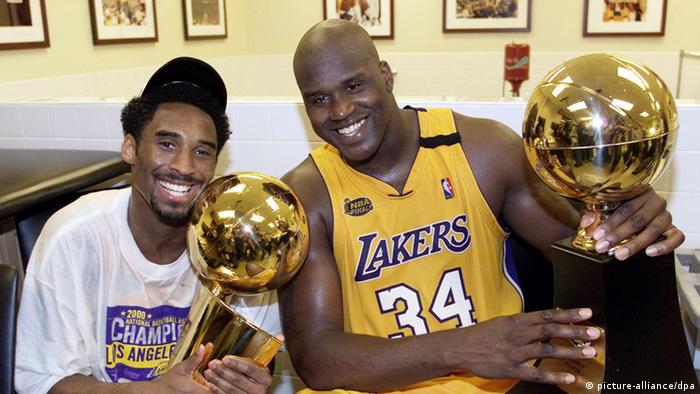 In 2003, Bryant was arrested after a 19-year-old hotel employee filed a sexual assault complaint against him, stating that Bryant had raped her. Bryant denied the account, and although charges were dropped after the victim did not testify in court, a civil lawsuit was later settled out of court.

After a bumpy period following O'Neal's departure and Jackson's departure and return, as well as a disappointing run in the playoffs, Bryant returned to form. In 2006 he scored a career best 81 points in a game, and a year later he became the youngest (29 years, 122 days) to reach 20,000 points.

In 2008, Bryant was named MVP and won an Olympic gold medal with the US. A year later, Bryant won his fourth NBA championship as well as his first NBA Finals MVP award.

Bryant's body eventually caught up with him, as he suffered many ankle and knee injuries — but Bryant returned and helped the Lakers seal another championship, his fifth, in 2010 with a clutch performance in game 7 of the NBA Finals, against the Boston Celtics, the Lakers' long-time rivals. 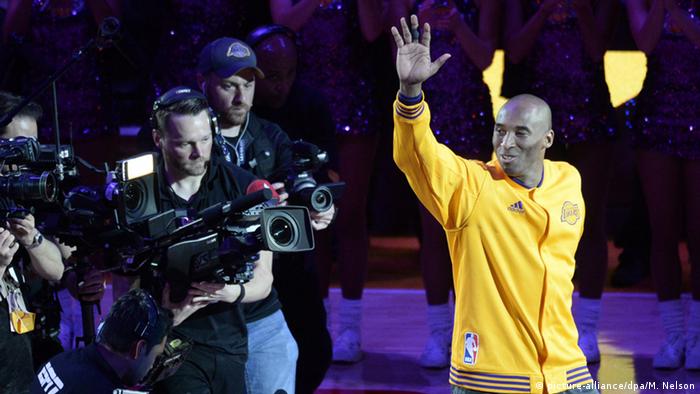 Kobe Bryant waves to fans ahead of his final game

Bryant wanted to match Michael Jordan's six championships, but despite his best attempts, LA fell short of sealing another title. However, Bryant did go on to secure a second Olympic gold medal in London in 2012.

Major knee and shoulder injuries took their toll on Bryant. Ahead of the 2015-16 season, he announced he would retire at the end of the season and, despite his desire to keep his exit low-key, both the Lakers and the NBA sent ample tributes to one of the sport's greatest players.

Fittingly, in his final NBA game in April 2016, Bryant scored a season-high 60 points, becoming the oldest player to do so, aged 37 years and 234 days. At the end of his career, Bryant had both of his jerseys, 8 and 24, retired by the Lakers, and finished his career as one of the most iconic players in basketball and his generation in sport.

After his retirement, Bryant stayed connected to basketball and was seen at both NBA and WNBA games. Off the court, Bryant started a company called Granity Studios, which focused on developing books, podcasts, TV shows, and movies.

In 2018 the NBA star won an Oscar for Best Animated Short for his movie "Dear Basketball." He was also a big fan of soccer, in both the US and as a supporter of Barcelona.

Bryant is survived by his wife and his three other daughters.

Famed athletes, politicians, and film stars paid tribute to NBA great Kobe Bryant, who has been killed in a helicopter crash. Former teammate Shaquille O'Neal said there were "no words to express the pain." (27.01.2020)

NBA star Kobe Bryant and his teenage daughter were killed in a helicopter crash near the town of Calabasas. The 41-year-old athlete was considered one of the best basketball players of his generation. (26.01.2020)