After abandoning ties with Taiwan earlier this week, the Pacific island state restored relations with China on Friday. Taiwan's formal relations have dwindled down to just 15 countries. 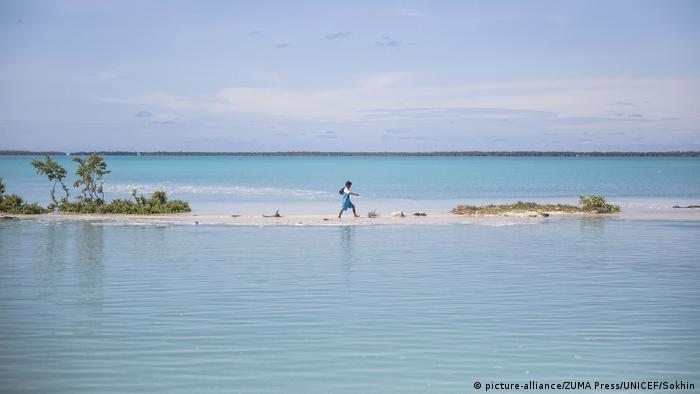 Chinese Foreign Minister Wang Yi and Kiribati President Taneti Mamau restored relations in an official communique at the Chinese mission to the United Nations in New York on Friday.

Mamau said, speaking alongside Wang, "I do believe that there is much to learn and gain from the People's Republic of China and the reestablishment of our diplomatic relations is just the beginning."

The countries restored their alliance just days before the 70th anniversary of the founding of the People's Republic of China.

China's growing global influence means that Taiwan — a de facto sovereign nation that China considers part of its own territory — has become increasingly isolated over the years. Most Western nations have given up relations with Taiwan in favor of Beijing.

Kiribati and China had ties until 2003, when the island nation and Taiwan first established relations. China broke off ties with Kiribati in response.

The development is another blow to Taiwan after the Solomon Islands broke off diplomatic ties in favor of China last week.

The Solomon Islands and Kiribati are both located in waters that have been dominated by the US and its allies since World War Two. China has recently managed to expand its influence in the area.

An old Chinese space tracking station is located on Kiribati. While neither party mentioned the station in the communique, former Taiwanese Ambassador to Kiribati Abraham Chu said last week that China could begin using it again "at any time".