Every day almost 9,000 tons of garbage accumulate in Kinshasa. The Congolese capital does not have a functioning garbage collection system. Consequences for the health of the "Kinois" are catastrophic. 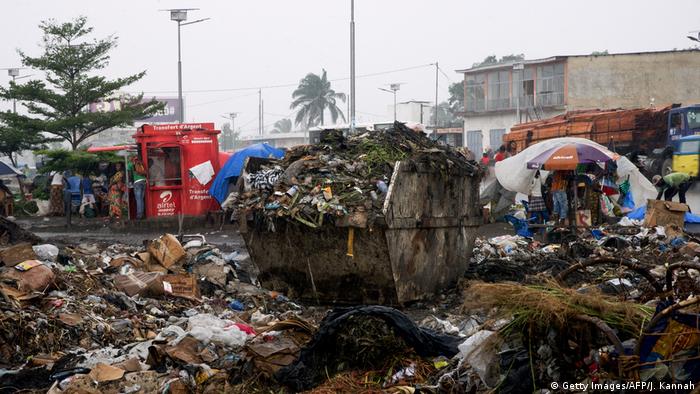 The area in front of Kinshasa's main station is bustling with activity. And everybody has to make their way through piles of garbage. Passing vehicles whirl up plastic and paper bags. The scenario repeats itself all around town. It is an everyday torture for the "Kinois", as the inhabitants of Kinshasa are known.

Many people say that they are disgusted: "It gets worse every year. Our once so beautiful Kinshasa has degenerated into a big dump," a woman told DW. Another one added: "We Congolese obviously despise our country. Otherwise we would not allow our cities to sink into such filth."

Jules Mulimbi, in charge of environment and sustainable development at Kinshasa City Council, is worried about the quality of life in the capital too. "For me, a healthy environment is a fundamental human right," he told DW. The problem is not just the completely inefficient disposal of waste. The behavior of the inhabitants also contributes to the problem. "The solution begins with every single citizen, every single family. If everyone disposed of the garbage on their own doorstep, we would already have solved part of the problem," said Mulimbi. 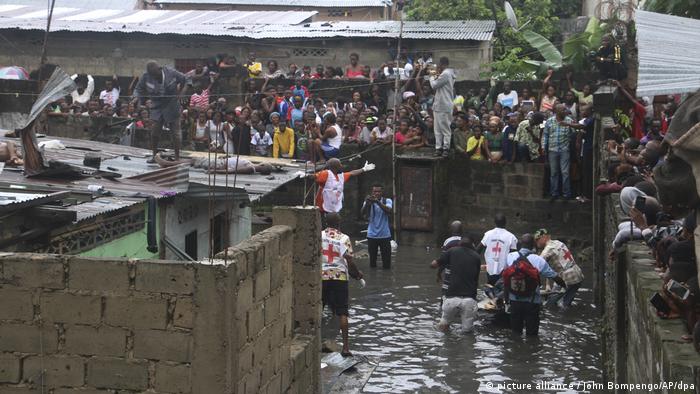 In the past Kinshasa used to be considered a beautiful city. People called her ‘Kinshasa, the coquette', to describe her allure. Today, Kinshasa is connoted with garbage rather than feminine charms. "Litter also poses a great health risk," said Jeanne, who didn't give her full name. She says the situation in her neighborhood is bad. "Most gutters are clogged with plastic bags and bottles. The water doesn't run off when it rains. During the rainy season, most slums are flooded."

In the Pakajuma district, about three kilometers from the main railway station, there are mountains of rubbish everywhere. Children and many animals, including pigs are always seen foraging for food. Sewage flows down the hills. Under the hot sun, the stench is hardly bearable. Latrines are a luxury here.

"Just look at how people live here! No wonder there are so many cholera cases in the area," said Mimi Mututu, deputy coordinator of the NGO Logos Premier, which is working to clean up the neighborhood. "People use dirty water to wash, drink and cook," she told DW.

This poses a danger to their health, said Mimi Mututu: "People here live in an environment that is not clean and not healthy. That's why there are many cases of malaria, typhus, cholera and other diseases," Mututu noted.

Megacity with no professional waste management

Kinshasa is growing very fast. It is the third largest city in Africa after Cairo and Lagos. It is estimated that its 17 million inhabitants produce around 9,000 tons of garbage a day. That is a huge volume, especially for a city that has no professional waste management. The European Union used to support a waste disposal program, but aid was stopped in 2015. The problem got noticeably worse. 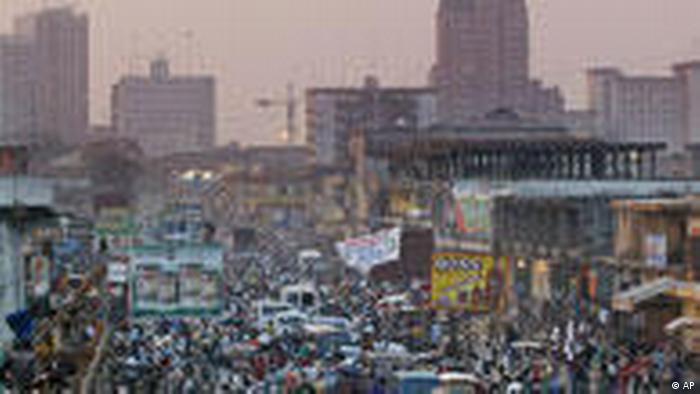 There are obvious solutions. The waste water flowing freely in the poor districts must be canalized, the litter collected and composted in proper landfills, incinerated or processed for recycling. The recycling of valuable raw materials could even develop into a profitable business model, said Jules Mulimbi of the Kinshasa City Council. "The processing and recycling of waste is actually a major challenge for us. But the problem can not only be solved locally, there must also be cooperation with the provinces," Mulimbi explained.

The battle can be won

Mimi Mututu of the non-governmental organization Logos Premier concurred: "Waste is not worthless. Our government should do everything in its power to recognize the value of waste and to use it," Mututu said. She explained that in the past only iron was separated and recycled. "But we are now increasingly working on separating hard plastic as well. I think we will win this battle, "she told DW. For that to happen ".we must raise public awareness. And first and foremost, we need to educate people about the dangers of the garbage problem," Mututu said.

According to the authorities, a monthly budget of 12 million US dollars is needed to deal with the situation. This is a colossal amount, which administrators plan to finance through new taxes. But until then, the health of Kinois will stay under threat.

Goma in eastern DR Congo normally evokes images of civil war and refugees. It is also where the region's first refuse collection service has been launched amid some skepticism. (21.01.2015)