King penguin die-off: 'They're more or less stuck there'

Roughly 90 percent of king penguins on an island between South Africa and Antarctica are estimated to have died over the past few decades. That's nearly half a million. A penguin biologist explains why. 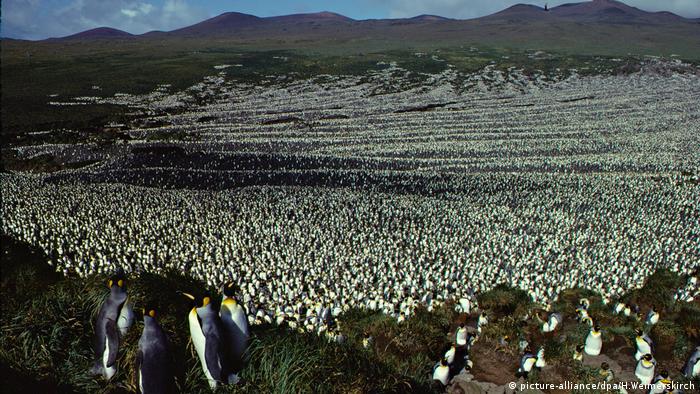 DW: What caused the king penguins to die-off?

Klemens Pütz: I was actually a bit surprised by this development because elsewhere king penguins are doing fine. That said, we have anticipated that, due to climate change, the king penguins on Crozet [islands] would not do very well in the future.

Why those ones specifically?

Because they're used to getting their food at the Antarctic polar front, which is an area south of Crozet. And due to global warming, they will have to travel farther and farther south as this border moves south.

I've seen other people wondering whether disease or even cats could have played a part in this die-off. Is that possible?

I would be surprised if it's cats and mice, because they coexist with king penguins elsewhere quite happily. But, of course, individuals, or populations [of cats], can learn to attack king penguins — and particularly their chicks. So we will have to find out by going there. 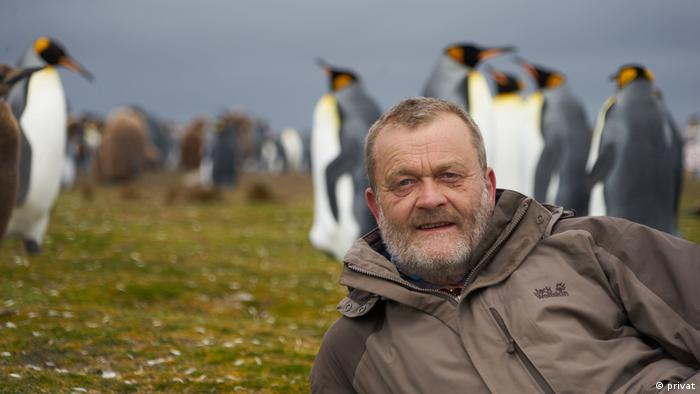 So this Antarctic polar front — that is in the water, correct?

Yes, that's the northern limit of the Southern Ocean, where it hits more temperate waters in the north.

And to put it in simple language: This is the cold water that the king penguins need to swim in.

Yes, they swim to the exact area where the cold water meets the temperate water, and at that spot there's an accumulation of phytoplankton and small organisms that then attract larger organisms and so on. And this is the where main food source of the king penguins — little fish called lanternfish — are found at high densities.

So as that polar front moves further south, it's further away from the island.

Yes, and it's already about 300 to 350 kilometers south (185-220 miles), so the penguins have to be ready to travel a long way. But if it moves further, they will need to travel further.

Are there other islands they can move to, or are they stuck there?

They're more or less stuck there.

Are there other penguin species that will be affected by this shifting Antarctic front?

We will have to see how much it affects other penguin species in the area. There are gentoo penguins — they're inshore feeders — so they shouldn't be affected, but also Rockhopper and Macaroni penguins.

Do penguins have knees?

What do you have to say to people who say, "You know, it's no biggie if some penguins die on some random French Island — we've got other penguins."

All penguin species are key species for the state of the sea. So if the penguins are doing well, the sea is doing well. And if the penguins are not doing well, something is going wrong at sea. So they're sentinels of the state of the sea. King penguins are the second-largest penguin species, and they have a very unique breeding cycle. They need more than a year to raise a chick, so they can't actually breed every year successfully. And they've developed strategies to overcome this. They're very interesting from a scientific point of view, and they're just amazing creatures because they can travel thousands of kilometers. 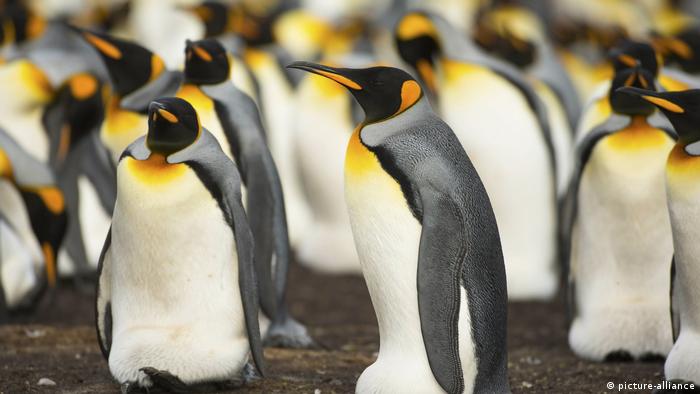 Can they swim even farther?

And I read they're monogamous — is that common among penguins?

That's one of the myths that exist. So penguins … yes, you have penguins that are monogamous, but they're usually that way for just one breeding season. It does happen that pairs stay together for many years, but even so, the divorce rate from year to year can be quite high — in emperor penguins, for example, up to 80 percent.  So they're not the monogamous creatures they're supposed to be. They're much more like humans than we would wish.

Klemens Pütz is a penguin biologist and an expedition leader on Antarctic cruise vessels. He's also the scientific director a charity he co-founded, the Antarctic Research Trust, which is primarily funded through private donations from tourists to Antarctica.

The new study used aerial and satellite images to estimate the numbers of king penguins on the island.

A team of researchers has found a massive supercolony of Adelie penguins on Antarctica's Danger Islands. The surprising discovery comes after warnings of an alarming population decline among penguins. (02.03.2018)