Boko Haram has claimed responsibility for the abduction of more than 200 schoolgirls, a day after President Goodluck Jonathan ordered a three day shut down of the capital Abuja during the World Economic Conference. 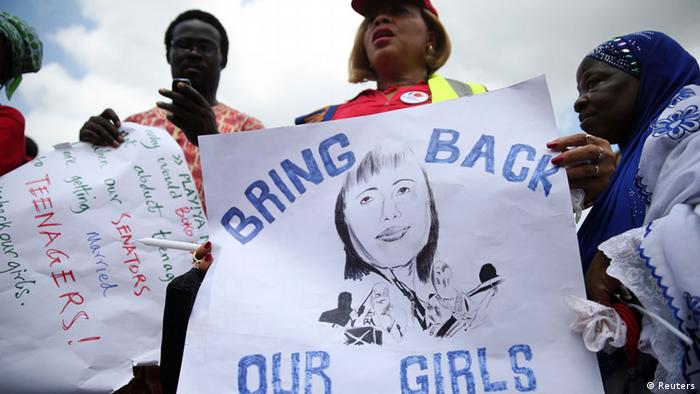 Boko Haram leader Abubakar Shekau on Monday (05.05.2014) claimed the Islamist militant group was behind the abduction of more than 200 schoolgirls from northeastern Nigeria.

"I am the one that abducted them," the most wanted man in Nigeria said as part of a recorded message released to numerous media organizations. Shekau also warned that more attacks "will follow soon."

"I will sell them in the marketplace," Shekau said in a video recording.

The teenage girls were abducted on April 14 from a boarding school in the rural town of Chibok, near Borno state in northern Nigeria.

According to an intermediary, two of the girls have died of snakebite and about 20 of them are ill. 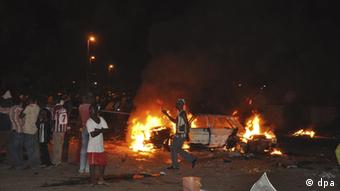 He was also quoted by AFP as saying that Christians among the girls have been forced to convert to Islam.

Mustapha Gana, a father of one of the girls and a retired military officer told DW, parents and a local vigilante group had attempted a search for the girls. "It was not possible for us to get them because the insurgents are well armed," Gana said adding that they were willing to accompany the military into the bush.

"We the parents are ready to go along with them even if we would be killed."

The arrest was reportedly ordered by First Lady Patience Jonathan, though as the president's wife she does not have a constitutional right to give such orders. Her office later denied there were any arrests.

President Jonathan's government is increasingly facing criticisms for failing to free the girls. Protests in major Nigerian cities have been held to show frustration with the country's security services.

Nigeria's police recently admitted more than 300 girls were abducted. Of that number, 276 remain in captivity and 53 were able to escape from their abductors.

In the face of the security threat, President Jonathan has ordered a complete lock down of the capital Abuja. However, he argued the measure was meant to decongest the city as it plays host to the World Economic Forum which begins on Wednesday (07.05.2014).

"We plead with Nigerians living in Abuja to understand with government because we believe that instead of keeping you for five six hours and you will not get to your destination better stay back at home," Jonathan said. 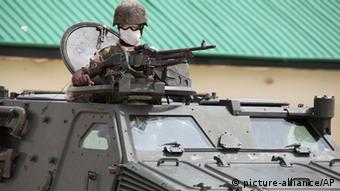 Nigeria's military has been criticized for extra judicial killings

"If Abuja is being shut down for 3 days, I think the government is trying to consider reasonable period of time to look into the issue of protest."

Despite the rising number of attacks in Abuja, the President told the nation in a televised "media chat" he believes the country is winning the war against Boko Haram Islamists.

More than 1,500 people have been killed as a result of the insurgency this year alone.

Islamist group Boko Haram has claimed responsibility for kidnapping more than 200 teenage schoolgirls and is threatening to sell them. The girls have been held for three weeks. (05.05.2014)

The growing violence in Nigeria appears to be an intractable problem. It is polarizing the country and there is disagreement over its causes and how to combat it. (14.04.2014)