Germany's Social Democrats have called for the introduction of a worldwide tax on financial market transactions to ensure that banks and investment funds bear some of the costs of the global economic crisis. 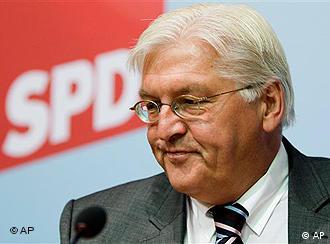 The Tobin tax proposal is a turnaround for the SPD

According to a report in the Sueddeutsche Zeitung newspaper, the SPD is proposing a modest tax rate of 0.05 percent on financial transactions based on the principle that the parties responsible for the global economic quagmire are also liable for the damages.

SPD chairman and chancellor candidate Frank-Walter Steinmeier told the Munich-based newspaper that "in the end, normal taxpayers must not be left shouldering the costs of the crisis." 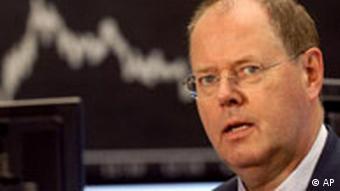 Steinbrueck said that "binge drinking" of financial markets had to stop

German Finance Minister Peer Steinbrueck, known for his often pithy comments, said that "the binge drinking" of financial markets had to stop.

A global tax, Steinbrueck estimated, could bring in revenue totaling hundreds of billions of euros. The Wifo Institute, an economic think tank based in Vienna, has calculated that the annual income from such a tax could reach as much as one percent of total global economic activity. Both Steinbrueck and Steinmeier said that would mean some 10 to 20 billion euros ($15-20 billion) for Germany.

Idea would need support of the G-20

Steinbrueck said the idea would be floated at the upcoming G-20 world economic summit in Pittsburgh at the end of September.

He stressed, however, that to be effective a financial transactions tax would need to be introduced in all G-20 states to prevent banks, funds and insurance companies from simply moving their activities to another country. 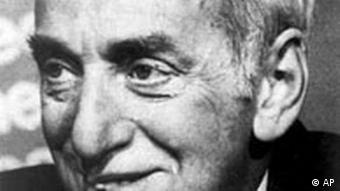 The idea of a tax on financial transactions, known as a Tobin tax, is not new and was first proposed in 1972 by Nobel laureate and former Yale economics professor James Tobin.

It has since been periodically proposed by a number of individuals and political parties from various countries over the years. Backing the tax is an about-face for Germany's SPD and Chancellor Angela Merkel's Christian Democrats oppose the idea.

If the G-20 rejects the proposal, the SPD has said it would instead introduce a stock exchange sales tax in Germany. Such a tax would be far different from a Tobin tax because it would affect stock exchange transactions, but not bank-to-bank transactions. In doing so, those transactions, which were ultimately responsible for the global financial crisis, would not be affected by the tax.

France pushes ahead with its 'green' agenda

France plans to impose a new tax on carbon and fossil fuels next year that will make it more expensive for its citizens to drive their cars and heat their homes. (10.09.2009)

The debate over bankers' bonuses is set to dominate Saturday's meeting of the G-20 countries in London, with France and Germany increasing pressure on Britain and the USA to impose a bonus cap. (05.09.2009)

Malta dismisses accusation of being a German tax haven

Maltese Finance Minister Tonio Fenech vehemently dismissed a German press report that the Mediterranean island was being used as a tax haven by major German corporations like Lufthansa and BASF. (05.09.2009)