Twelve European Union member countries logged a higher public deficit last year than they would normally be allowed under the bloc's Maastricht criteria. Astonishingly, Greece is not among the worst performers. 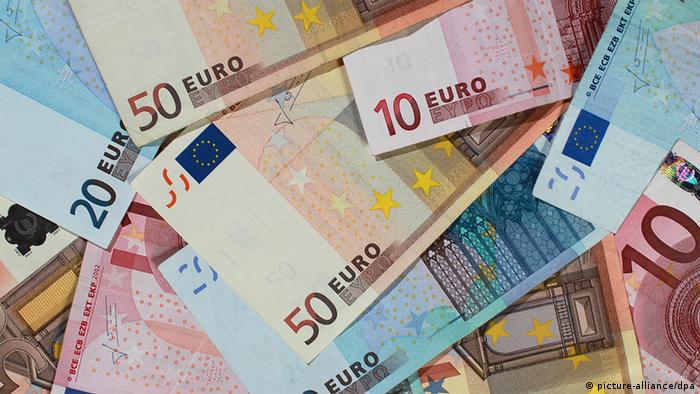 The EU-wide public deficit came in at 2.9 percent in 2014, the bloc's statistics office, Eurostat, reported Tuesday. In the narrower 19-member eurozone, the deficit stood at 2.4 percent, down from 2.9 percent the year before.

The office said 12 EU member countries booked deficits higher than the mandated maximum of 3 percent of gross domestic product (GDP). The biggest spenders were Cyprus (-8.8 percent, Spain (-5.8 percent), and Croatia and the UK (both -5.7 percent).

Struggling eurozone member Greece, for its part, managed to bring down deficit levels to 3.5 percent of GDP, from a staggering 12.3 percent in 2013.

Positive examples few and far between

But Greece still has the EU's highest debt ratio, standing at 177 percent of GDP. Under EU rules, member states are not supposed to accrue more than 60 percent of GDP in debt.

Greece has already been given until 2016 to bring its deficit level under 3 percent. France, which had also been under close scrutiny, reached a deficit of 4 percent last year. The country had recently been granted a period of grace by Brussels to meet deficit criteria, and it agreed to get its public finances into shape by 2017.

The only nations managing to log a government surplus were Denmark, Germany, Estonia and Luxembourg, Destatis reported.