As in 2013, the race for Kenya's presidency is between Uhuru Kenyatta and opposition leader Raila Odinga. Polls show that Kenyatta, now the incumbent, is leading, but the margin is declining as political tensions rise. 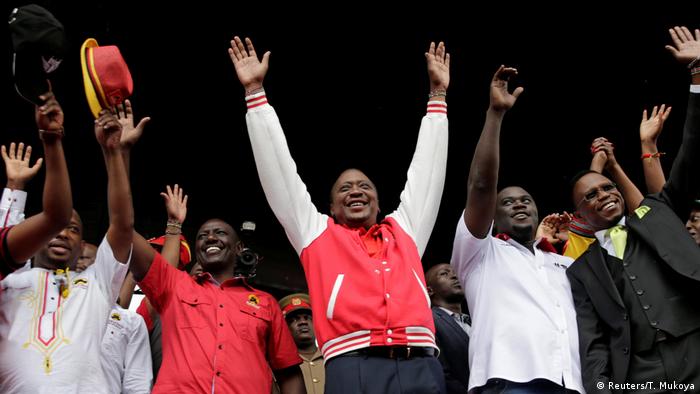 A convoy of black vehicles drives through a cheering crowd in the town of Kapenguria, in western Kenya. Standing through the open roof of his car, President Uhuru Kenyatta waves to the people, stretching out his arms like a boxer who has just won a title.

This is how the 55-year-old president presents his election campaign on social media: His pictures there show a crowd of people as far as the eye can see. Many of them are wearing red T-shirts of the ruling Jubilee Party. But Kenyatta has not yet won his 2017 battle against his longtime rival Raila Odinga. The election is not until August 8.

In past presidential elections, Kenyans have often voted along tribal lines. That is because they expected support in their respective regions from the leader. A majority of Kenya's population comes from the four largest ethnic groups: Kikuyu, Luhya, Kalenjin and Luo. Kenyatta, a Kikuyu, and his vice president William Ruto, a Kalenjin, are counting on the support of their tribes.

The 72-year-old Odinga, who garnered 43 percent of the vote during the 2013 presidential election and also lost in 1997 and 2007, is a Luo. He has now formed the National Super Alliance (NASA), a coalition with the leaders of the major opposition parties. With this political outfit, Odinga hopes among other things to win votes from Luhyas. In 2013, they had supported Musalia Mudavadi, who won 4 percent of the vote. 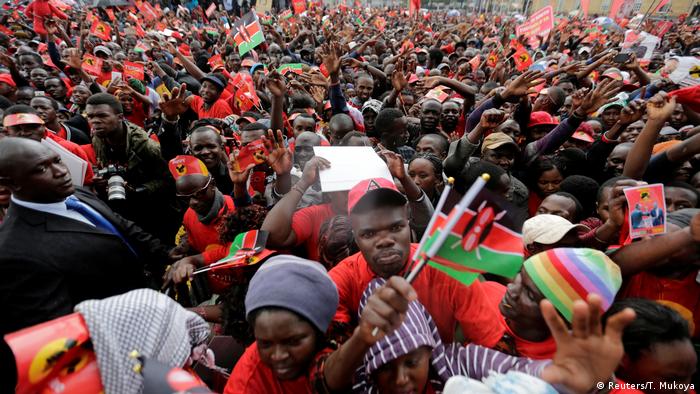 The incumbent is still leading, but the margin is shrinking. Forty-seven percent of respondents to a survey published by the market research institute Ipsos at the end of May said they would vote for Kenyatta. Forty-two percent preferred Odinga. In January Kenyatta was ahead by 17 points.

Voter registration ended in February. An analysis by the Konrad-Adenauer Foundation showed that more people had registered in the regions that traditionally vote for Kenyatta.

Nevertheless, Odinga is brimming with confidence. He has described the Jubilee Party as liars and thieves.

Eight percent of respondents to the Ipsos poll were undecided. One of the most important issues for them could be the way that the government is dealing with the ongoing drought in parts of the country. Crop failure has caused the price of maize flour, used to make ugali, one of Kenya's staple meals, to nearly double.

Despite imports from Mexico and grants from Kenyatta's government, maize flour is still too expensive or simply sold out in many places. More than three-quarters of respondents to the Ipsos poll said their economic conditions had become worse in the past three months. 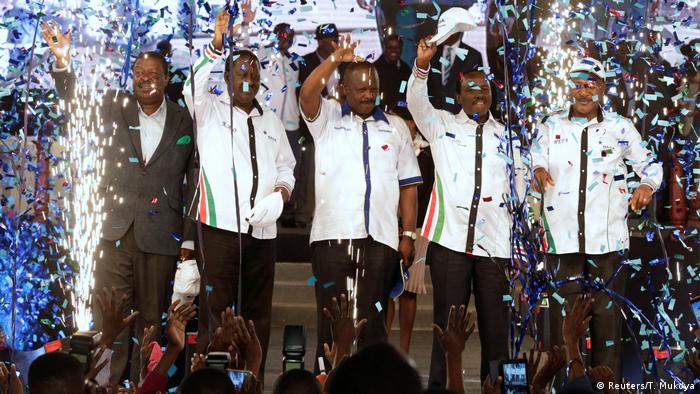 The head of the Konrad Adenauer foundation in Kenya, Jan Cernicky, said it was very likely that whoever loses this year's election will head to the streets to challenge the outcome. "Both sides communicate that the elections have already been won," Cernicky told DW. "If someone loses, it will be the electoral commission or the law courts, but not the one who received fewer votes."

Some violence appears likely once the result is announced. But no one is interested in the situation escalating as it did after the disputed 2007 election, when violence between different ethnic groups broke out across the country. More than 1,000 people lost their lives and 600,000 were internally displaced.

In 2013, there were also accusations of election fraud. But Odinga's legal effort to have the results declared null and void failed. This year, Uhuru Kenyatta announced that he would accept the election results even if he lost. However, both parties are now accusing each other of planning to rig the elections.

"It could be that by August a scandal that may influence the election will be made public," Cernicky said. "The elections in Kenya have always been tight, and they will be tight again this time round." A runoff is not out of the question.

How Kenyan youth could swing the 2017 election

Kenyans are set to go to the polls on August 8 this year to vote in a new government. President Uhuru Kenyatta and opposition leader Raila Odinga are clamoring for the youth vote. Andrew Wasike reports from Nairobi. (15.06.2017)