Tensions surround ongoing voter registration in Kenya. The ruling Jubilee coalition and the opposition are accusing each other of fraud. DW spoke to political analyst, Peter Gathara, about the implications. 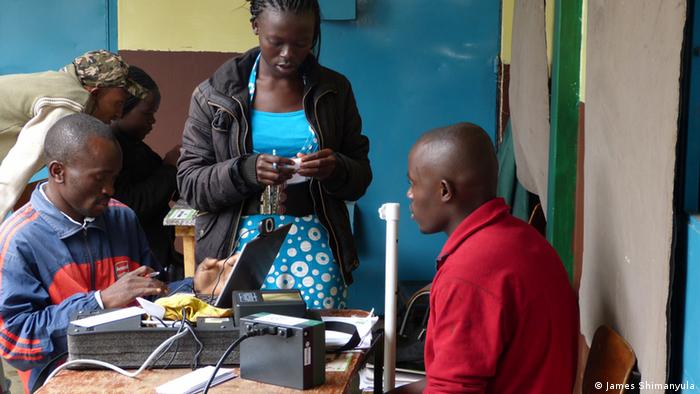 DW: There are reports that the IDs of former presidents Daniel Arap Moi and Mwai Kibaki were used to register multiple voters. Are these allegations true?

Patrick Gathara: The accusations, as you probably know, were first made by the opposition leader, Raila Odinga, who said he had discovered that his own identity card, as well as the IDs of his compatriots in the opposition, had been used to register other people. These are supposed to be unique IDs, so it was quite serious that even prominent people had had their ID numbers duplicated and that other people were using them to register. I think it speaks a lot to the deficiency we have in Kenya with registering voters. It was a big issue during the 2013 election and up to now, very little has been done to fix it.

How much damage does this do to the credibility, not just of Kenya's Independent Electoral and Boundaries Commission (IEBC), but to the whole electoral process?

There is a big problem with credibility. Since 2013, the biggest move has been to change the composition of the IEBC, but very little has been done to look at the electoral system in its entirety. We have just been tinkering on the margins and these [fraud claims] are the chickens coming home to roost. The fact is that, for a very long time, we have had a problem with our electoral system. S.K Macharia, the owner of one the largest radio stations, went to the senate months ago and essentially told them that of the five elections we have had in Kenya in the multi-party era, only one has delivered the presidency to the person with the most votes. There is a huge problem. But, as a society, we have not sat down and tackled it. 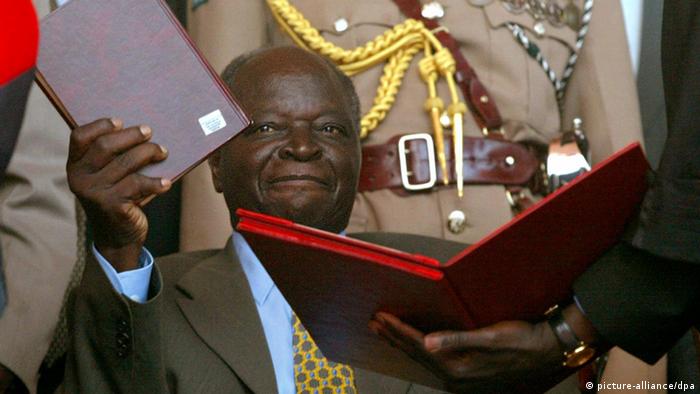 We have been so focused on fixing the problems with politicians, who all want to get to power. They are trying to use the system for their own gain. But they are not fixing the system itself so that it actually produces a proper and credible outcome.

What would be the best way to identify and rectify the problems facing the electoral commission?

The best way would be to have a proper, independent, comprehensive and public audit of the entire system. I have been calling for this since 2013 and basically, it has been ignored. We know that the election is scheduled for August, which doesn't give us much time now to do anything as comprehensive as we would want. But I think there is still room to make changes based on reports that have already been done. For example, after the 2007 election and the post-election violence of 2008, we had the Kriegler Commission which looked into the whole issue of the electoral system. It recommended certain changes, such as the introduction of technology. This report is yet to be fully implemented.

Another example was after the 2013 election when Raila Odinga petitioned the Supreme Court to reject the results of the presidential election. By law, the Supreme Court is limited to 14 days in which to adjudicate that petition. The IEBC, who he was suing, refused to give him the documents to make his case and initially, he had to go to court to get those documents. By the time he got them, the Supreme Court essentially told him, you are out of time. We are still in a situation where a presidential petition has to be determined in 14 days and we have no law compelling the IEBC to give a petitioner the evidence they actually need to make their case.

At the moment, much of the voter registration fraud claims are directed at Jubilee strongholds. Does that mean it's all clean in the opposition strongholds?

There have been accusations that it's mostly in Jubilee strongholds, but I am not sure if it is only limited to these areas. We need an investigation. There are a lot of allegations, some of which have been reported by the press, such as the Daily Nation, but we don't know what the true extent of voter fraud is. How many people are holding double registration out there? How many IDs are being used by multiple people? We have got thousands, if not millions, of ID cards that are lying around and are yet to be collected by those who applied for them. That could create an opportunity for fraud. Somebody could take that ID and give it to somebody else, or pretend he is somebody else and go and register to vote.

We are now seeing that there are gaps in the system that allow this to happen. It is very scary. We have to safeguard the credibility of the process which ensures that an election is a peaceful exercise. To do that, we really need to investigate and ascertain where the failures are, the extent of the failures, and make sure something is done to fix them before August.

Patrick Gathara is a Kenyan political analyst, commentator and satirist.

The interview was conducted by Chrispin Mwakideu.

Kenya’s election commission started a national drive to register voters today for this year's elections. It is the last push for more voters as politicians rally their supporters to sign up on time. (16.01.2017)

The Kenyan opposition has launched a National Super Alliance (NASA) aimed at defeating President Uhuru Kenyatta in the general election this year. NASA is an umbrella for all parties opposed to ruling party Jubilee. (11.01.2017)

Kenyan President Uhuru Kenyatta has signed a law that allows manual voting and counting ballots as a backup process for electronic voting systems. Opponents have called the law a back door for potential vote rigging. (09.01.2017)