Kenya's neighbors have been taking precautions ahead of the March 4 elections. Should there be a repeat of the violence seen five years ago, imports of Kenyan goods could be disrupted. 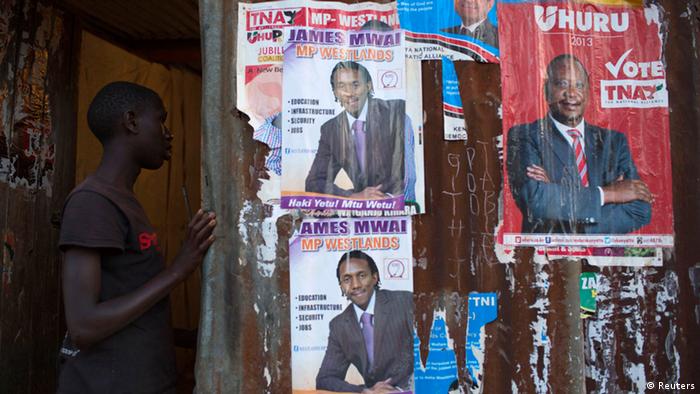 The opinion of the oldest members of a community should be treated with respect. That maxim still holds true in East Africa. Uganda's President Yoweri Museveni is not only the chairman of the East African Community, he is also the longest serving head of state in the alliance which groups Uganda, Kenya, Tanzania, Rwanda and Burundi and his utterances carry weight. 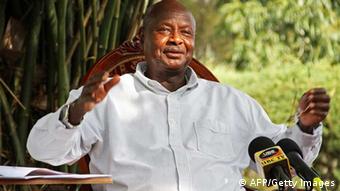 Commenting on the elections to be held in Kenya on March 4, Museveni chose his words with care: "I wish them every blessing. I think the Kenyans will hold a peaceful election as violence helps nobody."

It comes as no surprise that Uganda should be concerned by the Kenyan elections. The two countries enjoy close economic ties. Uganda exports many of its products via the Kenyan border posts Busia and Malaba. Oil from the Gulf States and manufactured goods from China arrive via the Kenyan port city of Mombasa. Five years ago, when Kenya seemed to be sinking into a sea of violence following disputed elections, Uganda also felt the consequences. Oil deliveries stopped and transport costs rose.

This time, we'll be better prepared, says President Museveni. There is an alternative transit route through Tanzania to avoid any shortages caused by events in Kenya.

Rwanda is also taking precautionary measures. According to the Ministry of Trade in Kigali, more than half Rwanda's imports come via Mombasa. 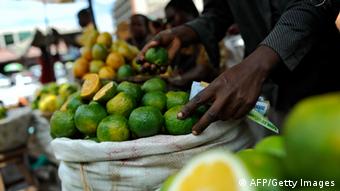 To be on the safe side, oil reserves have been increased. There is enough for the next six weeks. "We don't know if the events of 2008 will be repeated," says oil dealer Christopher Walikana. But he is optimistic. "This time it's different, last time we were taken by surprise, this time we are prepared."

Further west, in the Democratic Republic of Congo, people are only too familiar with violence and insecurity. Some traders have shown little concern for what could happen in Kenya and have travelled there to do business as normal, says Richard Ngamuhavaki from Beni in northern DRC. But they are in the minority. Ngamuhavaki is a timber trader and for him the 2008 unrest was a disaster. "Many traders lost a great deal,their cars were set on fire and everything was burnt," he recalls. Wait and see, is his advice. 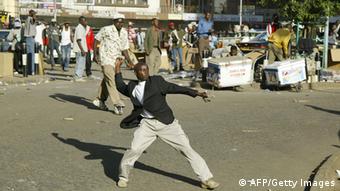 For the time being, his trucks are standing still as he feels the trip to Kenya wouldn't be worth his while. "It's not a good time to sell wood, people are mostly stocking up on food."

For the Congolese, the route via Tanzania is not an option. It's far too long, says Ngamuhavaki. He also likes to deal with his familiar contacts in Mombasa.

Ugandan traders also prefer the more direct route via Kenya but some are now using the southern route instead. Many Ugandans fear the longer land journey via Tanzania could result in higher prices for imported goods. The exchange rate for the dollar has already increased. A week before the elections in Kenya, petrol prices also soared. To avoid being affected by fluctuating exchange rates, those who can afford it have stocked up well in advance.

Hopes and fears ahead of Kenyan elections

Memories of the violence that wracked Kenya after the last elections five years ago are very much alive. Nonetheless there are hopes Monday's poll will boost Kenyan democracy. (28.02.2013)

The ethnic violence that hit Kenya after the 2007 poll is haunting the run-up to the 2013 elections. Some say flaws in the political system are impeding reconciliation. (13.02.2013)

Kenyans are preparing to go the polls on March 4 with a presidential hopeful and his running mate facing charges at the ICC. Rights activists say the post-election violence of 2007/2008 is still unfinished business. (01.02.2013)