War-torn South Sudan and Somalia are being badly hit by East Africa's hunger crisis. But in Kenya, which is at peace, millions also need food aid. Critics blame the political class. It is late afternoon in a small settlement in Kakuma, Turkurna County, northwestern Kenya. Many of the residents have red, glazed-over eyes and the smell of home-made alcohol lingers in the air. The people who live here in the huts built of branches, animal hide and plastic sheeting belong to the Turkana community. Because of the drought they have abandoned their nomadic lifestyle and have settled next to the Kakuma refugee camp where the United Nations gives sanctuary to some 180,000 people.

The refugees in the camp come from South Sudan or Somalia, Kenya's crisis-ridden neighbors, where war and drought have brought hunger and deprivation. In the small run-down settlement near the camp, Kenyans like Ekiru Elimlim also want help from the UN. "We should be getting the same aid as the refugees. We also need food, water and jobs. These refugees are living here on our land and we should be compensated accordingly," he said.

The whole of Elimlim's family is in a state of agitation. They are all talking at the tops of their voices. Elimlim has to wait until they have calmed down before continuing. "We have never received aid from anyone so we can settle down. Nobody's going to build houses for us. The refugees are given help. We get nothing. It's not fair," he added.

Kakuma is the second largest refugee camp in Kenya after Dadaab which is on the border to Somalia. As in all large UN refugee camps, the UN assumes the role of the state providing inmates with basic necessities such food, water and medical supplies. But funding is running short. The aid the refugees receive ensures their survival but it is not enough to help them make a life for themselves outside the camp. Over time, the refugees become dependent on the aid from the international community. They live in limbo. 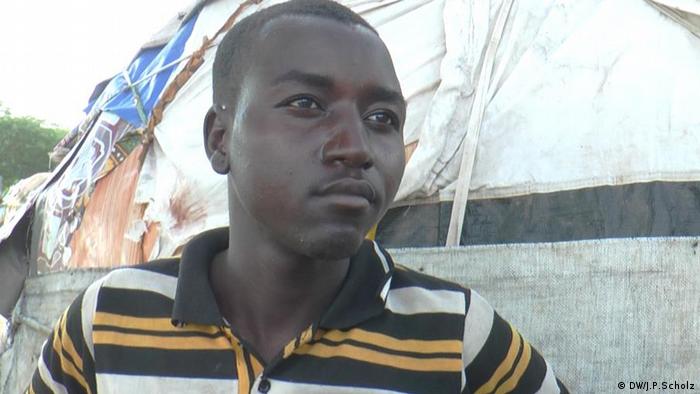 The Turkana people are the responsibility of the Kenyan government, not the United Nations. As pastoralists, they depend on their livestock in order to survive. If their animals perish, they lose their livelihoods. And so the small settlement, where Ekiro Elimlim lives, is home to beggars and day laborers hoping for outside help.

President Uhuru Kenyatta declared the drought a national disaster on February 10. But the Kenyan government's crisis management effort leaves much to be desired. The country is in the middle of campaigning ahead of parliamentary and presidential elections in August and apart from trading mutual recriminations, politicians have done little to ease the drought crisis.

Emathe Namwar is the official in the government of Turkana County responsible for water supplies. His sympathies are with the opposition and he is critical of the central government in far away Nairobi.

"There is no attempt at coordination. The national government does not involve us in the search for a solution. It could be that financial relief will be forthcoming, but if there is no coordination, then we will just expend a lot energy without achieving very much," Namar said. In Nairobi, Andrew Tuimur, principal secretary at the agricultural ministry, passes the buck to the Turkana local government. He said the Nairobi government was having to support the local governments because they weren't prepared for the drought. They didn't have any reserves in their budgets to fall back on.

"The national government was forced to intervene. The local governments only started to respond to the crisis after we started to apply pressure. We recommend that they prepare themselves better in future," Tuimir said.

Tuimiur claims that Preisdent Kenyatta is constantly mediating between pastoralist communities fighting over land and water rights. While on a trip to Uganda, Kenyatta secured permission for Kenyan pastoralists to cross the border into the neigboring country and search for fresh pasture for their livestock.  Tuimur believes the situation in Kenya will get worse.

"The weather forecasters say that the drought will continue. There will be sporadic rainfall at best and no rain at all in the dry regions. This year's harvest will probably be very bad. We have to assume that we are heading for a food crisis and the government is preparing for this eventuality," he said.

No diesel for generators at bore holes

It is as yet unknown what form these preparations will take. Last week, the national government sent diesel generators to Turkana to supply electricity for water pumps driving bore holes.  But there is no diesel fuel for the generators because the local government says it cannot afford it. The local government is running a fleet of 18 water trucks to keep the population supplied with drinking water. These trucks have a large diesel consumption, which is already a heavy financial burden. Some of them are kept off the road because fuel is so short. Turkana's roads are also in a deplorable stater. Emanthe Namwar from the local government believes the blame lies solely with the national government in Nairobi. "Why don't they do something. The government of Turkana is suffering from 50 years of neglect at the hands of the government in Nairobi, " he said. 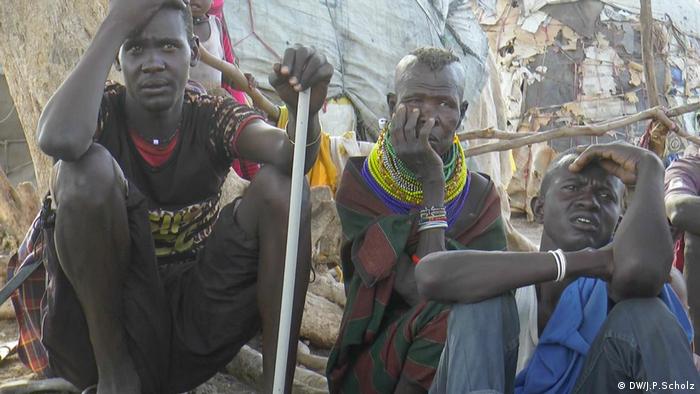 Members of the Turkana community in their small settlement in Kakuma

Yet both local and national government officials have yet to explain why so little money flows into rural development, even though the international community is supplying aid for this very purpose. Climate change and drought are the external factors that cause food insecurity. But ignorance and corruption among the political class has left the country vulnerable to the horrendous consequences of drought.  As an African country, Kenya is not unique in this regard. Of some 40 countries worldwide that are dependent on food aid, just under 30 are in Africa.

A very high price is being paid for the neglect of rural development by Africa's urban elites. In the Kenyan election campaign, government and opposition are accusing one another of incompetence and misuse of funds. They are not arguing over the ways or means by which sustainable development could be promoted in Turkana. The plight of a million Turkana pastoralists would appear far too insignificant politically to warrant any pledges of a better future. Kenya's political class is relying instead on the oil they hope will soon start flowing from the reserves which were discovered in Turkana in 2012. The proceeds will, of course, be highly coveted while pastoralists turn into beggars next to a UN refugee camp.

Conservationist and author Kuki Gallmann shot and wounded in Kenya

Bestselling writer Kuki Gallmann was wounded while patrolling her ranch in central Kenya. Suspicion has fallen on drought-stricken cattle herders who have been known to drive their animals onto private farms and ranches. (23.04.2017)

The devastating drought in the Horn of Africa could worsen as a fifth consecutive rainy season is predicted to fail, leaving 22 million people at risk of starvation. DW's Edith Kimani visited farmers in Kenya's bread basket to see how they are adapting to multiple challenges.

DW's Edith Kimani visited farmers in Eldama Ravine, at the heart of Kenya's breadbasket region, to see how they are adapting to multiple challenges.