Kenya's High Court has declared "null and void" the government's decision to close the Dadaab refugee camp. The 260,000 Somali refugees will now not be sent home. 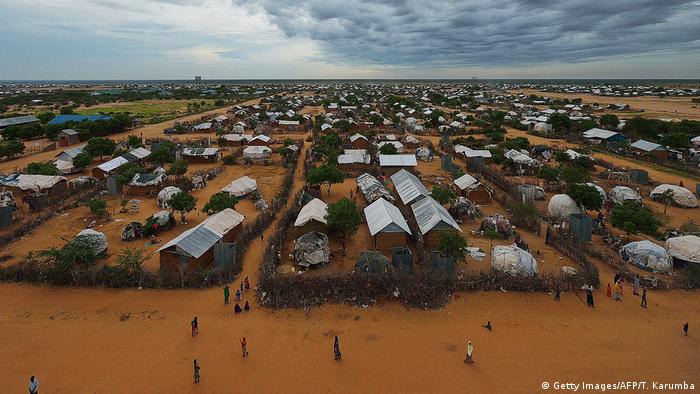 Judge John Mativo ruled on Thursday that the closure of the camp - the world's largest - had been ordered "without proper consultation" with the people affected, adding that it was "in violation of the constitutional right to fair legal proceedings."

Mativo said the Kenyan government had not proved Somalia was safe for the refugees to return. "Hence the said decision is null and void," he ruled.

The camp was initially due to be closed on November 30, 2016, but the government announced a six-month delay on "humanitarian grounds."

Dadaab's closure would have left about 260,000 Somali refugees with nowhere else to go.

Dadaab was opened in 1991 as a temporary shelter for people fleeing civil war in neighboring Somalia. Since sending troops into Somalia in 2011, Kenya has come under repeated attacks from the al-Shabab armed group, and Nairobi has claimed that the Dadaab camp acts as "a terrorist training ground" for al-Shabab fighters.

"Today is a historic day for more than a quarter of a million refugees who were at risk of being forcefully returned to Somalia, where they would have been at serious risk of human rights abuses," Muthoni Wanyeki, Amnesty International's Regional Director for East Africa, the Horn and the Great Lakes, wrote in a statement.

The return of Somali refugees is 'no longer voluntary, dignified nor safe,' an aid agency has said. Kenya wants to close down the Dadaab refugee camp, home to over 280,000 refugees, by November. (10.10.2016)

The fifth drought in as many years has brought Somalia to the brink, raising fears of a deadly famine. Hundreds of children have already died from severe acute malnutrition.