One week after the Garissa massacre, the death toll is still rising. In neighboring Somalia residents are claiming they are being 'collectively punished' by Kenyan counter-terrorism measures. 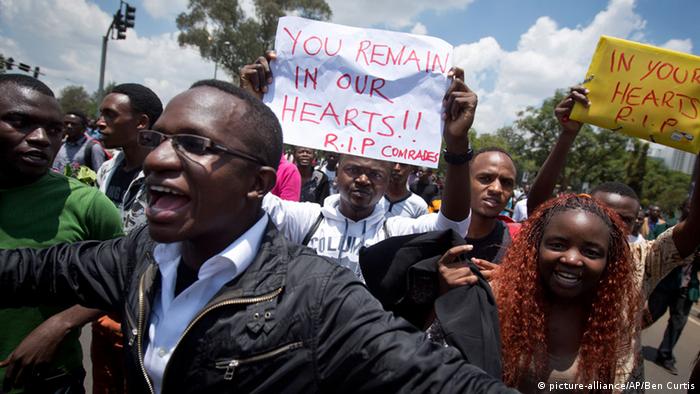 Kenyan authorities have admitted they made mistakes when responding to the lethal Islamist militant attack on Garissa University College last week.

"Did we do something wrong in Garissa? Yes, of course," said President Uhruru Kenyatta's spokesman Manoa Esipisu.

"The only person with all the cards is the terrorist. He knows when, where, what time. You react. In reacting, there is always a time lapse. There is planning. You don't know what the ground is like," Esipisu added.

The death toll in the Garissa attack has now risen to 152, according to Kenyan interior ministry spokesman Mwenda Njoka.

"The numbers keep changing until all of the bodies are identified and accounted for," he said.

The initial figure given by the authorities was 147.

100 people were also injured in the attack in which al-Shabab militants gunned down students they identified as Christians. The 16-hour siege ended with four of the attackers being killed or blowing themselves up.

On Wednesday (08.04.2015), Kenya froze the activities of money transfer companies as part of a crackdown on alleged supporters of al-Shabab.

This restriction on financial transactions were fiercely criticized by residents of Somalia's capital Mogadishu on Thursday. 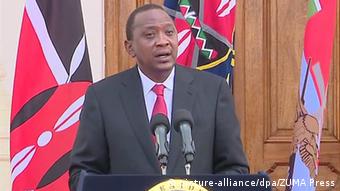 Kenyatta said his government would respond in the "severest way" possible

"It is a bad decision that collectively punishes the Somali people," Abdisalim Mohamed, a Mogadishu resident told the news agency AFP. "It is already affecting me directly, because I cannot get money and help from my daughter, who has a business in Kenya."

Diaspora Somalis use money transfer services to send remittances to needy relatives back home in the absence of a formal banking system.

Abdullahi Ahmed, who works for an international aid agency in Mogadishu, said that if Kenya maintains the ban, which is currently preventing him from receiving his salary from Nairobi, organizations and businesses would be forced to shift operations elsewhere.

"It will hit Kenya economically, because organizations will move to another country, like Djibouti," Ahmed said.

Money transfer services were targeted after the Kenyan police issued a list of 85 people and businesses with suspected links to al-Shabab. Top of the list was alleged Islamist commander Mohamed Mohamud, a Kenyan who is said to be the mastermind behind the Garissa attack. But the list also included money transfer companies such as Dahabshiil. 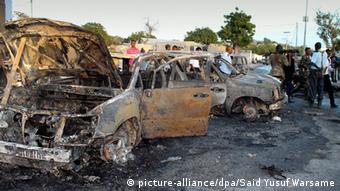 Kenyan President Uhuru Kenyatta warned al-Shabab militants after the attack that his government would respond in the "severest way" possible, with warplanes attacking Islamist bases in southern Somalia on Monday.

DW's correspondent in Nairobi, James Shimanyula, says the authorities are claiming security has been beefed up at all Kenyan universities but some university workers feel the northeast of the country is not safe enough for them to perform their duties.

Kenya carries out air strikes on al-Shabab in Somalia

Kenya has carried out air strikes on al-Shabab Islamist militants in neighboring Somalia. This was the first major military response to last week's attack on a university that killed almost 150 people. (07.04.2015)

Arrests made in Kenyan university massacre

Al-Shabaab's rampage at Garissa University in Kenya prompted outrage around the world. Washington has since offered counterterrorism support. A media report says five have been arrested in connection with the crime. (04.04.2015)