Makers of bamboo cups claim their products are reusable and ecologically friendly. German consumer group Stiftung Warentest tested 12 brands of bamboo-based containers and argues that it's best to avoid them. 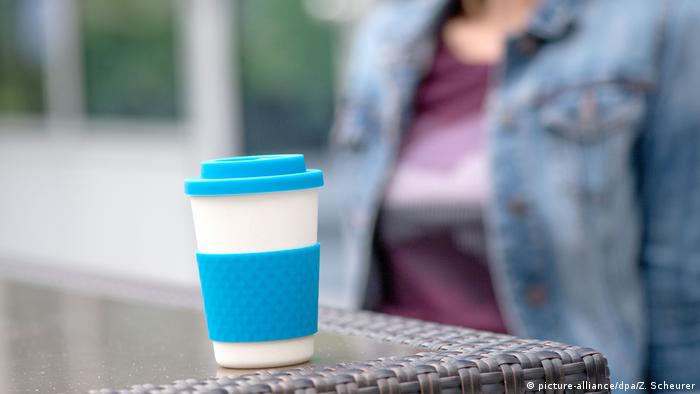 At first glance, containers based on bamboo seem like a good choice for environmentally friendly consumers. They are reusable and can replace disposable coffee cups, which create 40,000 metric tons of trash every year in Germany alone, according to data cited by German consumers from the reputable Stiftung Warentest foundation.

However, the foundation found potentially dangerous chemicals in all 12 of bamboo cups they tested. They also found that nearly all of them make "fake advertising promises" on their origins or their environmental impact.

"Keep your hands away from bamboo cups," the foundation representatives said in an online article summarizing the results on Tuesday. People who drink coffee-to-go should use reusable containers made from other materials, they added.

Read more: Is that bamboo in my drink?

The cups are advertised as being made from bamboo or bamboo fiber, but the producers often fail to mention the fibers are actually ground into powder and then glued into shape of a cup. Notably, they all contain melamine resin, a kind of glue made of formaldehyde and organic compound melamine.

Melamine is suspected of causing damage to bladder and kidneys, while formaldehyde can irritate skin, respiratory organs, eyes and even cause cancer through inhalation. Even so, Warentest claims melamine resin is harmless as long as certain conditions are preserved, specifically if products containing it are kept under 70 degrees Celsius (158 Fahrenheit.)

When used to hold coffee, however, the containers can routinely be exposed to much higher temperatures.

Keep out of microwave

The Stiftung Warentest researchers tested the cups by filling them with slightly acidic liquid, analogous to coffee, and then keeping it at a temperature of 70 degrees Celsius for two hours. They then tested the fluid for chemicals. The process was repeated seven times.

The experiment showed that seven of the cups released "very high content" of melamine, with some of them also releasing high amounts of formaldehyde.

Only one out of 12 cups was found to have no "harmful chemical problem" and was also not misleading customers. While the Chicmic Cup also contains melamine resin, "it releases very little harmful chemicals," a Warentest representative told DW.

While analyzing the packaging and the warning labels, the foundation also slammed the Zuperzozial brand for not warning the consumers of dangers of microwaving the container. The process damages the material and leads it to release even more chemicals. Another brand, Morgenheld, simply advises the buyers to avoid microwaving to increase durability.

A cup of coffee with climate change