The announcement came hours after the government declared a two-week state of emergency following protests over surging fuel prices. Protesters had earlier demanded the government resign. 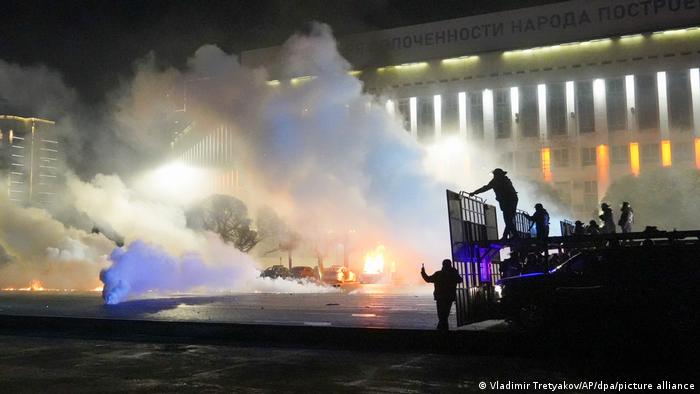 Earlier Wednesday, Tokayev had declared a two-week state of emergency in the financial capital Almaty and the province of Mangystau after protests broke out in several locations.

More than 200 people had been detained and 95 police officers injured since the start of protests.

When announcing his government's resignation, Tokayev also said that the price cap would be reintroduced as a "temporary price regulation" for a period of 180 days.

The state of emergency includes an 11 p.m. to 7 a.m. curfew, movement restrictions, and a ban on mass gatherings, according to official documents.

How did the protests start?

After a surge in the price of fuel, protests with thousands of participants were held in the Mangystau oil hub of Zhanaozen.

Demonstrations spread to other parts of Mangystau and western Kazakhstan, including the provincial center Aktau and the Tengizchevroil worker camp.

Police used tear gas and stun grenades to eject protester's from Almaty's main square early on Wednesday. The AFP news agency reported that there were more than 5,000 protesters at the Almaty rally on Tuesday night. 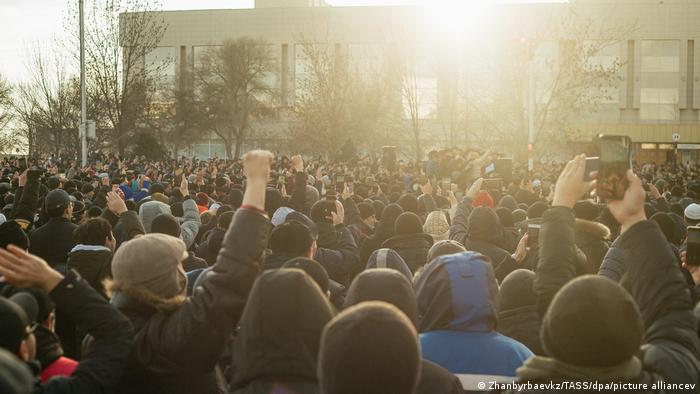 "Calls to attack government and military offices are absolutely illegal," Tokayev said in an address.

AFP reported that protesters had been chanting "government resign" before police moved in and clashed with demonstrators.

Why are people in Kazakhstan protesting?

The Mangystau region depends on LPG as the main fuel for vehicles. Jumps in fuel prices also affect the price of food, which has increased substantially since the beginning of the coronavirus pandemic.

Many Kazakhs run their cars on LPG, which in Kazakhstan is cheaper than using gasoline due to price caps. The government lifted the caps on January 1, arguing that the low price was unsustainable.

Tokayev said in a Tweet on Tuesday that the government would move to lower LPG prices in line with protesters' demands, but this failed to dampen the protests.

Around 50 protesters have been arrested in Almaty, the largest city. Opposition supporters have cited political repression in the oil-rich Central Asian country.