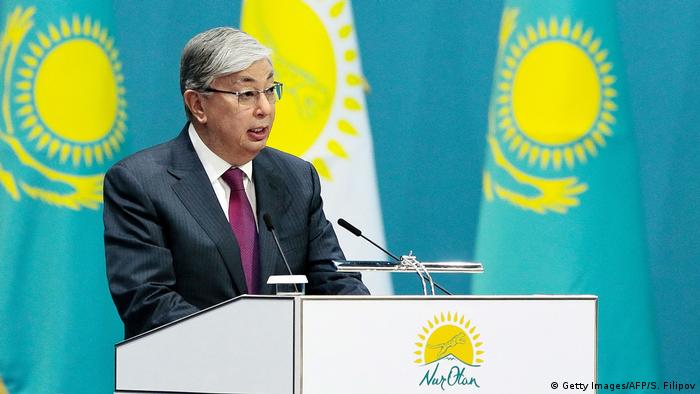 President Kassym-Jomart Tokayev has signed a decree abolishing the death penalty in Kazakhstan, according to a statement released by his office on Saturday.

The new law makes permanent the existing moratorium on state executions in place since 2003, introduced by then-President Nursultan Nazarbayev.

In September 2020, Tokayev spoke before the UN General Assembly saying that the decision was driven "to fulfill a fundamental right to life and human dignity." Last year, the oil-rich country joined the UN's International Covenant on Civil and Political Rights, a multilateral treaty included in the International Bill of Human Rights.

The presidential statement, released online, said that Tokayev signed off on parliamentary ratification of the Second Optional Protocol. This document commits signatories of the UN treaty to the abolition of capital punishment.

The UN convention stipulates that capital punishment may only be used in exceptional circumstances, such as war crimes or terrorist acts.

While the former Soviet republic has not carried out an execution in almost two decades, death sentences have continued to be handed down to those convicted of serious crimes.

However, since the mid-1990s, women, minors and those over the age of 65 have been excluded from the death penalty, according to a report by rights group the Open Dialogue Foundation.

One of the last death sentences handed down was to mass murderer Ruslan Kulekbayev who shot and killed eight police officers and two civilians during a rampage in Kazakhstan's largest city Almaty in 2016. He will now serve a life sentence instead.

The last state-sanctioned executions carried out in the country were on May 12, 2003, when 12 people were put to death by firing squad.