What does a football club in a small, German-speaking Belgian town have to do with Qatar, the country that was a controversial choice to host the 2022 World Cup? DW's Matt Ford visited KAS Eupen to find out. 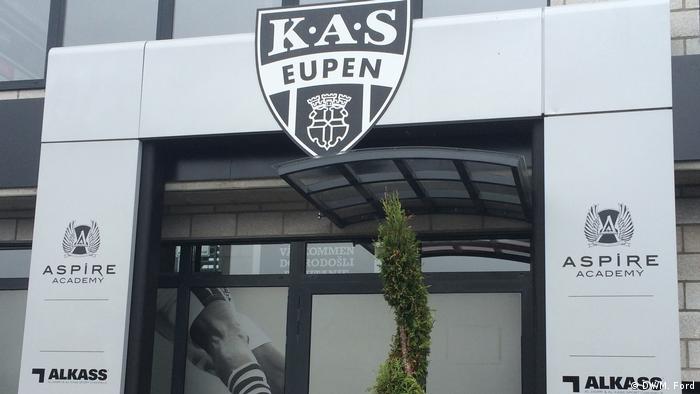 Belgium is a country of more than one language. French and Flemish have long battled for supremacy and visitors will struggle to find anyone in the bustling capital, Brussels, who can’t speak English. In the small town of Eupen, just to the east of Liege, the locals speak German. And on one June day in 2012, a group of men arrived speaking Arabic.

They were there representing the Aspire Zone Foundation, responsible for the promotion of amateur and elite sport in Qatar, and they had identified the capital of Belgium’s small German-speaking community as the ideal place to purchase a football club.

Since it was established in Africa in 2007, the foundation's "Aspire Football Dreams" program has screened more than 3.5 million young players in 17 developing countries, with 18-20 football scholarships awarded each year.

The selected players attend the Aspire Academy in Doha, where they receive private education, coaching and medical support while playing international friendly matches. All that was missing was the chance to play competitively. Aspire needed a football club and KAS Eupen ticked all the boxes.

In 2012, the Belgian second-division side had debts of around 4 million euros ($4.6 million at today's exchange rate) and were on the verge of insolvency. But they were also located in the center of Europe, playing in a league in which only six players of any give squad had be Belgian.

What's more, Eupen itself might be German-speaking but many residents also speak French - the language spoken by many of the young African players. But unlike in France, immigrant players can apply for a Belgian - and therefore European passport - after just three years instead of five. And unlike in Germany, there is no 50+1 percent ownership rule designed to prevent takeovers of football clubs by outside investors.

Eupen was the perfect location - also for Christoph Henkel, the former FC Cologne academy boss, who was appointed as the club's general director in 2012. 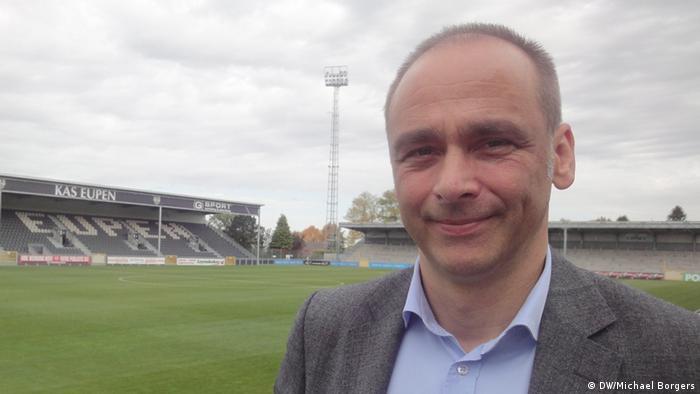 Christoph Henkel, the former head of FC Cologne's youth academy, has been in Eupen since the 2012 takeover

"It was a chance to do something different, something new," said Henkel, who makes the short commute across the border from his native Cologne each morning. "A chance to work with talented players and play a role in their development. The internationality was also a factor, the fact that so many languages are spoken in this part of Belgium. It’s been very enriching personally."

Since Henkel arrived, dozens of Aspire graduates have passed through this sleepy Belgian town and the club was promoted to the first tier of Belgian football for the first time in its history. But the takeover was initially greeted with suspicion.

"People were skeptical at first because Eupen had already had a few bad experiences with investors," Henkel recalled. "That's why it was important for us to build trust. We wanted to prove that we're not just here for one season. We're not just here to sell a few players and make money. Our concept is about the development of young talents with long-term prospects."

The concept has already had notable success. After four years at Aspire, followed by two years in Eupen, Senegalese center back Diawandou Diagne signed a three-year deal with Barcelona B, making 27 appearances in Spain's Segunda Division and even earning a call up to the Catalans' first team squad for a Copa del Rey fixture. He's now back on loan at Eupen.

However, for Henkel, the biggest success story is that of Henry Onyekuru, the 20-year-old Nigerian attacker whose 24 goals last season earned him an 8-million-euro transfer to Premier League club Everton, who have loaned him out to Belgian champions Anderlecht.

The Aspire players all come from the academy having been taught a particular brand of football, which Henkel describes as heavily Spanish-influenced.

"We have a very attacking footballing philosophy. We have a Spanish coaching team [under head coach Jordi Condom Auli] and our sporting director [Josep Colomer] came from Barcelona. The whole Aspire Football Dreams project certainly has a Spanish flavor.

"The players who come here are very quick, very agile. They are technically very adept with good ball control and used to a short passing game. But they arrive with zero competitive experience.

"It's that ability to turn an 85th-minute 1-0 lead into a victory or to rescue a result late on. That competitive stability, 100 percent concentration to the final second. That's what we teach them here."

For the players, the opportunities are clear. But what's in it for Qatar, a country of just 2.6 million people, 2.3 million of whom are expatriate workers?

Many suspected that Qatar ultimately aimed to naturalize players to represent the country at the 2022 World Cup but, as Henkel is quick to point out, players must have lived in a country for at least five years before being authorized to play for their adopted nation, a deadline that has now passed. 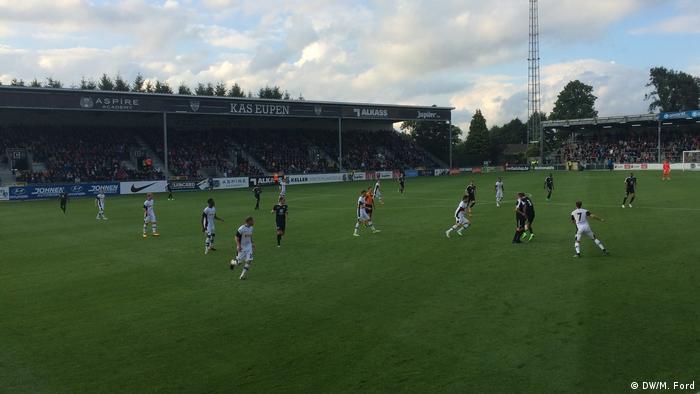 Not that Henkel would see a problem even if that were the case. "Almost every national team features players from different countries," he argued. "The German national team even advertise the fact that they are one big family for players of different backgrounds. When they do this, it's seen as positive. But if we were to do it - which we are not - it's seen as an absurdity, a crime."

So what are the Qataris' motives behind the Aspire Academy? Is it a purely humanitarian project?

"I don't think anyone's pretending they're doing it for purely humanitarian reasons; that's not the case in Europe either," Henkel said. "It's obvious that the project brings other advantages for Qatar, particularly the impression of being a global player in football."

Launched in 2008, the "Qatar National Vision" aims to transform the gulf state into an "advanced society" by 2030, a vision which includes health, education and, as Henkel acknowledged, sport. "Football is just one small brick in the wall," he said. "But of course it has to match the whole vision."

Qatar hopes that it can achieve greater international recognition through sport. It hosted the 2015 World Handball Championship, will host the 2022 FIFA World Cup, is bidding for the right to host the 2023 FIBA World Championship and has already failed in a bid to host the 2020 Olympic Games. Qatar Sports Investments (QSI) own French giants Paris Saint-Germain while Barcelona were sponsored by Qatar Airways from 2010 to 2016. Aspire is part of this vision, developing players who are to carry the name of Qatar throughout the football world.

But the country's ambitions have not been free of controversy. Almost nine-tenths of Qatar's population are foreign workers from countries like India, Nepal, Bangladesh and Egypt, and allegations of human rights abuses, unpaid labor and even deaths on World Cup construction sites have been well documented.

Henkel regularly travels to Qatar and said he was was convinced that those in charge were acting responsibly.

"I have great trust in the people in charge who I deal with," he insisted. "There is a great vision and the will is there to develop the country and achieve good, positive goals. But I understand where the skepticism comes from, especially given the way the media report on it."

The Aspire Academy is ultimately an exercise in public relations for a small state determined to boost its rather patchy international image. It might not be a purely humanitarian venture but, on a local level at least, Christoph Henkel and his team at KAS Eupen are providing a platform for talented young African footballers to break into European football.

Qatar's national soccer team may face disciplinary action from FIFA after its players wore T-shirts showing support for the country's emir. Saudi Arabia, the UAE and Bahrain and others recently cut all ties with Doha. (14.06.2017)

The president of the German football association Reinhard Grindel says politicians must find a solution to the diplomatic crisis in Qatar. But he feels soccer can provide a social impulse there and in Russia. (08.06.2017)

After several Arab countries cut ties with Qatar over concerns its has supported extremism, Germany's football chief said a boycott of the 2022 World Cup could not be ruled out. It is the latest controversy to hit Qatar. (06.06.2017)