The Afghan government has been seeking talks with the Taliban to come to a so-called 'political solution.' But the Taliban have denied taking part in any negotiations. Observers say it is due to pressure from Pakistan. 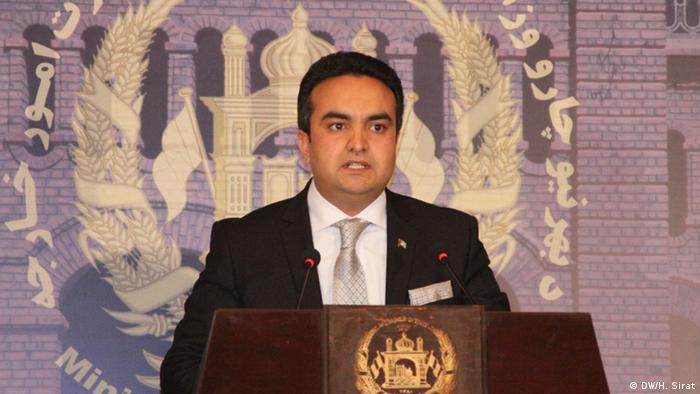 While NATO troops get ready to withdraw from Afghanistan, reports of Kabul's attempts to enter into negotiations with the Taliban are increasing. According to the Afghan government, a delegation of President Hamid Karzai's High Peace Council traveled to Dubai (UAE) a few days ago to talk about a "political solution" to the conflict with former and current Taliban leaders. "It is an important and positive step for the peace process of the Islamic Republic of Afghanistan," Ahmad Shakib Mustaghni [pictured above], an Afghan foreign ministry spokesman, told reporters in Kabul.

There have been attempts to negotiate with the Taliban since 2001, says Jochen Hippler, a political scientist at the University of Duisburg-Essen. Informal contacts have been made involving the US administration, Afghan government and the insurgents. In such talks, however, "it was never really clear who was talking to whom, and it was even less clear what came out of those talks," Hippler told DW, adding that he was thus not very hopeful about such negotiations.

A Taliban spokesman has denied that negotiations had taken place in Dubai. He also rejected reports that Agha Jan Mutassim, a former minister during the Taliban rule, led the militant group's delegation. 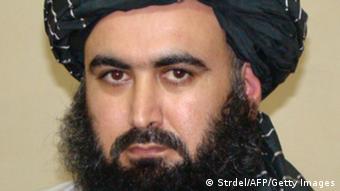 After a failed attempt to assassinate him in Pakistan, Mutassim moved to Turkey where he has been living ever since. Observers disagree on the amount of influence Mutassim wields over the Islamists. Ahmad Saidi, a former Afghan ambassador to Pakistan, told DW that alongside Mutassim, six other political and military leaders of the Taliban had participated in the talks.

Moreover, Saidi claimed that Pakistan's influence was to blame for the Taliban's unwillingness to speak openly about the issue. "The head of the Taliban (Mullah Omar) lives in Pakistan. Even if he had authorized the Dubai group, the Taliban simply cannot support the peace process openly due to opposition from the Pakistani intelligence service."

Hippler agreed that it was conceivable that Pakistan was exerting influence. "If convenient, Pakistan's security services have tried to pressurize and play the different Afghan Taliban groups against one another."

It is possible that Abdul Raqeeb Takhari fell victim to this game. Takhari, also a former Taliban minister, was shot dead in Peshawar on February 17. Shortly before his death, he is believed to have been in Dubai taking part in the peace negotiations. For analyst Saidi, the killing provides further evidence that Pakistan wants to hinder an agreement between the Afghan government and the Taliban. 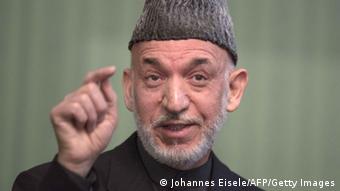 "The peace negotiations will only have a chance for success if Afghanistan is able to wrench the Taliban from Pakistan's control," Saidi told DW. Criticism also came from the Afghan Foreign Ministry which accused Islamabad of being dishonest.

On February 20, Pakistan announced that the talks between Kabul and former Taliban leaders were an "internal affair of Afghanistan" and that Islamabad would support Kabul's efforts to reach a political solution. Regional stability is also in Pakistan's interest, a spokeswoman for Pakistan's Foreign Ministry was quoted as saying.

The attack on Takhari, nonetheless, shows how convoluted the situation is, according to Hippler. "The current political process is contradictory and precarious. Those who participate in the talks do so at a risk to their lives and with dim prospects of success."

Afghanistan has released 65 Taliban prisoners despite protests from the US. Experts view Kabul's move as an attempt to appease the militant Islamists that is likely to strain US-Afghan relations even further. (13.02.2014)

Reports claim that Afghan President Karzai has been engaged in secret peace talks with the Taliban without taking the US on board. Experts say the move can jeopardize the country's already strained ties with Washington. (05.02.2014)

After the withdrawal of Soviet troops 25 years ago, Afghanistan plunged into a civil war causing further destruction. Many wonder how it would be this time round after NATO troops leave the country by the end of 2014. (14.02.2014)