This semifinal was billed as defense vs attack, but in Turin on Tuesday it was more men vs boys as Juventus showed the full range of their capabilities. The Italians beat Monaco 2-1 to book their place in the final. 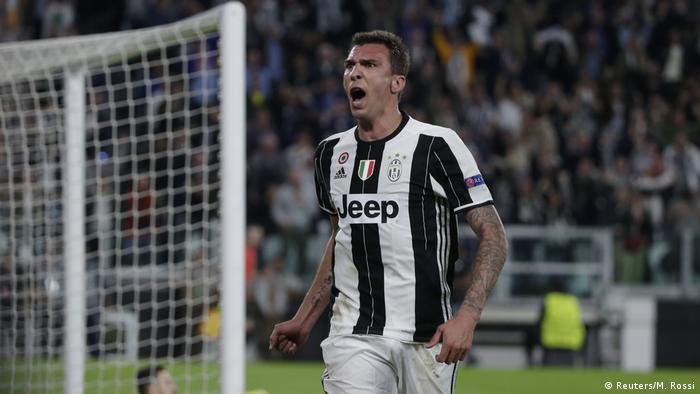 Much of the pre-match talk had focused on how the Italian champions had yet to concede a goal in the knockout stage, or how Gianluigi Buffon hadn't conceded a goal in 621 Champions League minutes, but in the end the Old Lady proved as potent in attack as they were impressive in defense.

First half goals from Mario Mandzukic and the irrepressible Dani Alves were enough to kill any semblance of a contest within the first half while Juve largely managed to keep their French opponents at arm's length despite a Kylian Mbappe consolation.

The experienced hosts were probably expecting to have to weather an early storm and Monaco did their best to conjure some dark clouds in the opening exchanges. Buffon flapped at an early cross, catching Radamel Falcao in the face and Kylian Mbappé hit the post from an acute angle before being flagged for offside.

But, as they've done throughout the knockout stages, the Italians held firm and began to take a strong grip on proceedings. They almost broke the deadlock in the 22nd minute when Gonzalo Higuain found space just inside the area and chipped over Danijel Subasic only to see his effort hacked off the line.

Mario Mandzukic was next to go close, forcing a smart low save from Subasic as the Italian champions sought to put the game to bed before the break.

Neither the Croatian striker nor his side had to wait for long to get what they wanted. Juventus broke first down the left through Alex Sandro before the ball was worked to Dani Alves. The former Barcelona right back landed his cross right on Mandzukic's head and though Subasic got down well to block the initial effort, he couldn't stop the forward hammering the rebound high in to the net from close range. 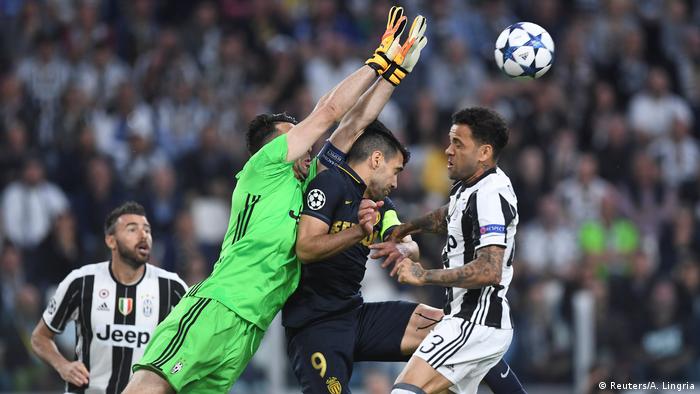 After a brief scare was averted by a brilliant Giorgio Chiellini clearance, Juventus deservedly doubled their lead on the night thanks to a stunning Alves strike. Subasic hit the deck as he punched a corner clear and the Brazilian reacted quickest to judge the flight of the ball and power home a brilliantly-controlled volley from just outside the box.

The sides went in to the break a minute later and Monaco, who have forged a reputation as one of Eruope's most lethal attacking outfits, had failed to have a shot on target.

The Ligue Un leaders hadn't given up hope of at least denting Juve's stunning defensive record but the hosts felt comfortable enough to let Paulo Dybala join Sami Khedira, who limped off early holding his hamstring, on the bench before the hour mark.

If there were any disappointments for Massimiliano Allegri and his men, it was allowing Mbappe to tap in a consolation from a left wing cross, or perhaps that they didn't score even more.

For Monaco, while Tuesday may have felt disappointing, a campaign that's seen them dazzle Europe with their attacking verve should fill them with plenty of pride. Should that not be enough, they are still in pole position to seal their first French title for 17 years.

For Juve, domestic titles are a minimum, it's the Champions League they really want. Whichever Madrid side meets them in Cardiff on June 3 will have some job trying to stop them.

The game was billed as a clash of styles, with the best attack in Europe taking on the finest defence. The Italians came through the test courtesy of a double from Argentine striker Gonzalo Higuain. (03.05.2017)