Hope as the elixir of life: Jurek Becker's novel about the life of Jews in a ghetto in Nazi-occupied Poland is gripping and melancholic, but also full of humor. It's a story of the Holocaust, but also much, more more. 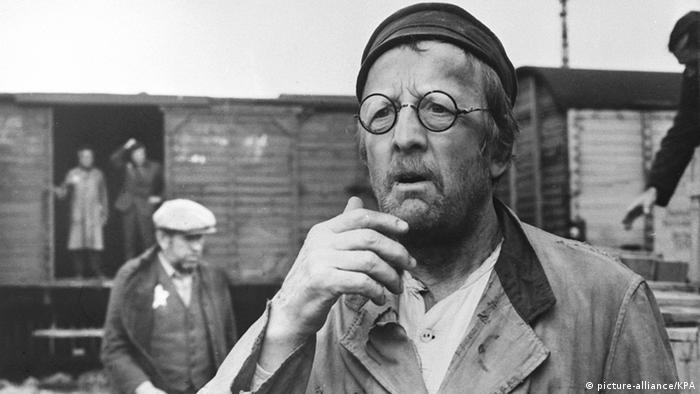 The novel was turned into a film in 1974 (shown here), and again in 1999, starring Robin Williams

Is it possible to write about Auschwitz? This controversial question was asked over and over again in the post-WWII era, and not just in Germany. It has been answered just as many times through novels and stories, autobiographical works of writing and poems. Is this a Man? by Italian-Jewish author Primo Levi or Fatelessness by Imre Kertesz, a Hungarian Jew, are just two such examples. Shocking and truthful, both books became classics of world literature.

Survival in times of horror as literature

After the end of the WWII, many German-speaking writers wrote about Nazi crimes and the Holocaust. Becker's novel, published in 1969, is unquestionably one of the most impressive texts that grapples with the years between 1933 and 1945. The book is at once great literature and a literary testament to a historic crime.

'Jakob The Liar' by Jurek Becker

"I've tried hundreds of times to unlad this blasted story, without success," the story's nameless, first-person narrator says at the very start of the novel. And so it begins, the narrator's personal story. Many years later, in 1967, the narrator recalls the events that took place in a ghetto in Nazi-occupied Poland, where Jews had been corralled by Germans and where, for a few weeks, it is precisely that "Jakob the liar" who becomes the source of hope for all the ghetto's desperate Jews.

In a moment of desperation, Jakob tells a friend that he's in possession of a radio and that he heard that Russian troops are just a few kilometers away. Is the ghetto just moments away from liberation? The news spreads like wildfire. People are filled with hope and develop a new will to live. For Jakob, however, his role as the bearer of glad tidings increasingly becomes a burden. Should he keep lying to his friends and continuing to spread false news, if "only" to give people hope?

The answer is not always as clear as it is in one particular scene in which Jakob confesses to his friend Kowalski that he doesn't actually own a radio, leading to Kowalski's suicide.

"...a liar with pangs of conscience will always remain a bungler. In this type of activity, restraint and false modesty are inappropriate; you must go to the whole hog, you must exude conviction, you must act the part of a person who is already aware of what they are going to hear from you the very next moment." 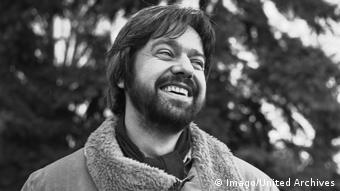 Jurek Becker's novel is many things. It's a story full of melancholy and sadness, but also seasoned with despairing humor in the tradition of Jewish storytelling. It's a novel that asks what is true and what is false in times of crisis. When the book appeared in East Germany in 1969, no one had yet begun talking about "fake news."

More than anything else, Jakob the Liar is a book that questions when something is worth it and shows the power of literature and poetry:

"We're going to have a little chat, as befits any self-respecting story. Grant me my little pleasure; without a little chat everything is so sad and gloomy."

Jurek Becker was presumably born in 1937 in Lodz, Poland, as Jerzy Bekker to Jewish parents. He grew up in the city's ghetto and later, in concentration camps. His mother died, but his father located him after the war and moved with him to East Berlin, where the young Becker learned German. His first written works were for film and television. He achieved his first great success in 1969 with the novel Jakob the Liar. In 1977 Becker moved to the Federal Republic of Germany, where he published more novels and stories and had a TV hit with the series My Dear Kreuzberg (Liebling Kreuzberg) about the Berlin neighborhood of the title. He died in 1997.