Juncker: 'We see light at the end of the tunnel'

Eurogroup head Jean-Claude Juncker has said the EU handled a year filled with crises well. Following the EU summit, he tells DW that 2012 turned out better than he had expected 11 months ago. 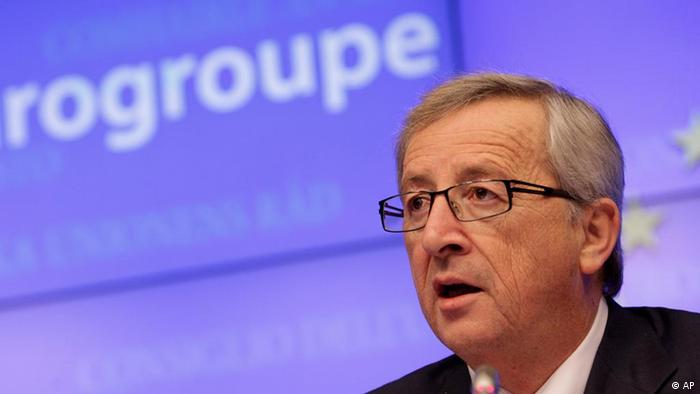 At their final summit of the year, leaders of the European Union member states met in Brussels to discuss recommendations for reforms to renew and reinvigorate the eurozone. The recommendations were made by EU Council President Herman Van Rompuy, EU Commission President Jose Manuel Barroso, European Central Bank President Mario Draghi and Eurogroup President Jean-Claude Juncker.

At the summit, leaders set a schedule for reforms but did not yet determine exactly what steps will be taken.

DW: You agreed to a reform roadmap at the EU summit. Is it clear to everyone involved what will be required of them over the next year and which reforms need to be addressed most urgently?

Jean-Claude Juncker: We reached important decisions over the course of this week: European bank supervision, a final clarification on the Greece question and then the agreement on the timetable for the months ahead. EU Council President Van Rompuy will make recommendations. The EU Commission will as well, regarding a resolution fund for banks and the creation of solidarity instruments. That is what needs to be done by June.

Is it true that Germany blocked some aspects of the reform plan written by you and the three other European institution presidents? 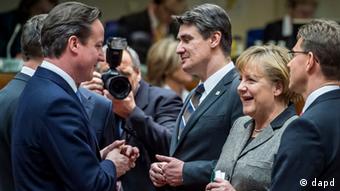 There were several colleagues who found that the presidents' suggestions went too far. It was not exclusively a German request or rebellion.

The plans were supposed to conclude with some form of compensation plan to deal with the so-called asymmetrical shocks. But now, that will not be created?

We agreed that there will be a solidarity fund. It will be made available to countries that agree to structural reforms with the EU Commission. Other eurozone-specific financial capacities are not off the table, but were also not agreed to. I assume that what the four presidents wrote will again, at some point, be a document presented to curious sets of eyes.

Looking back on 2012 as it comes to a close, do you believe the European Union and the eurozone have handled a year of crises well?

I am never completely satisfied with the decisions we deliver. The year, however, was rich in decisions. We brought about the European Stability Mechanism. We have brought more clarity to the Greece question. We decided on common banking supervision in the finance ministers' council, and we saw major progress in program countries with gains in the ability of Portugal, Greece and Ireland to compete and an improvement in these countries' trade and current account balance.

All in all, I'm more satisfied with this year than I thought I would be when the year started.

EU Council President Van Rompuy said the worst of the crisis is over. Do you share that view? Will 2013 be better?

Jean-Claude Juncker has served as Luxembourg's prime minister since 1995 and is head of the Eurogroup, which politically influences the 17 nations that use Europe's common currency.

EU leaders have crossed one item off the eurozone rescue to-do list and agreed to new projects for 2013. Some politicians were pleased with the summit's outcome, but Chancellor Merkel says tough times are still ahead. (14.12.2012)

The EU has approved a roadmap for further reforms, though concrete decisions are not expected this week. The way toward a renewed eurozone has been prepared, but a key question remains: who will pay in the end? (14.12.2012)

Eurozone finance ministers have given final approval for the release of new aid payments to Greece, ending a long stalemate and giving the country more time to push ahead with reforms. (13.12.2012)