The president of the EU executive has said France's extra spending to boost its security after the Paris attacks must not be treated as ordinary expenses. Hence, he added, it should be exempt from EU fiscal rules. 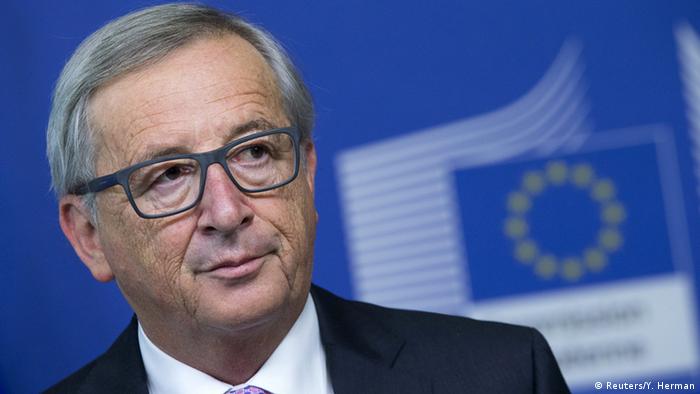 Fresh French spending on security in response to the Paris attacks should get special treatment under EU budget deficit rules, European Commission President Jean-Claude Juncker told a conference in Brussels on Wednesday.

"We're facing serious terrorist acts; and France - as other countries - has to have at its disposal supplementary means," Juncker said. "I think these should not be treated as ordinary expenses in the Stability Pact," he demanded.

France hasn't been able to bring its public deficit back under the 3-percent threshold since the global financial crisis struck in 2008. Paris had earlier agreed with Brussels to reduce the nation's deficit to 3.8 percent of GDP this year, 3.3 percent in 2016 and 2.7 percent in 2017.

But following the Paris terrorist attacks, French President Francois Hollande had made it abundantly clear he would spare no expenses to reinforce and equip security and law enforcement units even though that might take the budget deficit beyond the agreed targets.

French lawmaker Dominique Lefebvre, a member of the parliamentary finance committee, said Wednesday fresh security spending would amount to "a few hundreds of millions of euros."

He added France was still on target to meet its EU deficit targets, if the new anti-terror spending were stripped out.