Actor Arnold Schwarzenegger has been stopped by police for cycling through Munich's main train station. The officer left it at a warning, and was rewarded for his forbearance. 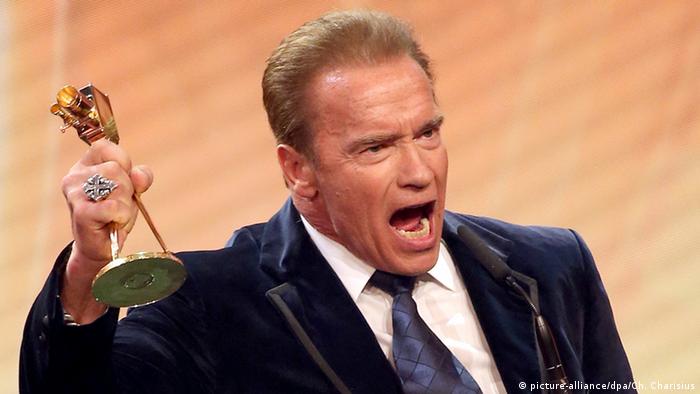 Actor and former California Governor Arnold Schwarzenegger received a warning from German federal police on Friday after he was caught riding his bicycle through Munich's main railway station with a bodyguard, police said on Saturday.

They said a policeman first noticed two cyclists "weaving their way among the many travelers more in the manner of a slalom than a speed race."

The officer spoke to one of the men, who said he was "Arnold Schwarzenegger's bodyguard," which the police officer reportedly at first believed to be a joke - until the other cyclist approached and turned out indeed to be the Austrian-born actor.

According to the police, Schwarzenegger accepted the warning that cycling through the station was not allowed, but explained "that he couldn't walk well" at the moment. He then offered the officer the opportunity for a selfie with him as a "small compensation." 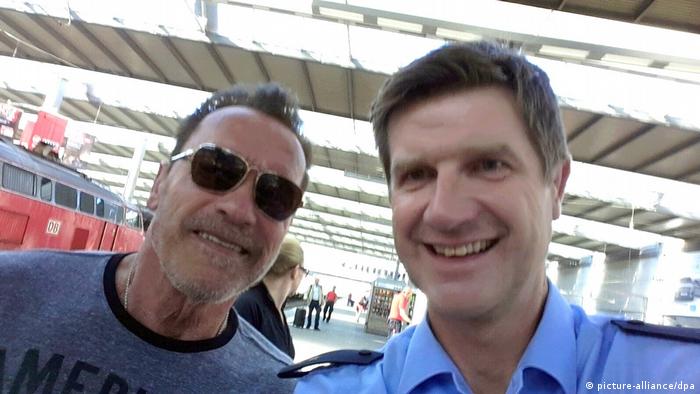 Schwarzenegger might be back in the station in future, but hopefully on foot this time

The police report said that the "Terminator" star then left the station through its northern exit - presumably on foot.

Munich is currently celebrating the final three days of its world-famous Oktoberfest, which Schwarzenegger officially visited on Tuesday.