The author of "Lords of the Rings" and "The Hobbit" died in 1973, but his Middle-earth universe lives on. Fans now have something new to read: "Beren and Lúthien," which J.R.R. Tolkien wrote a century ago. 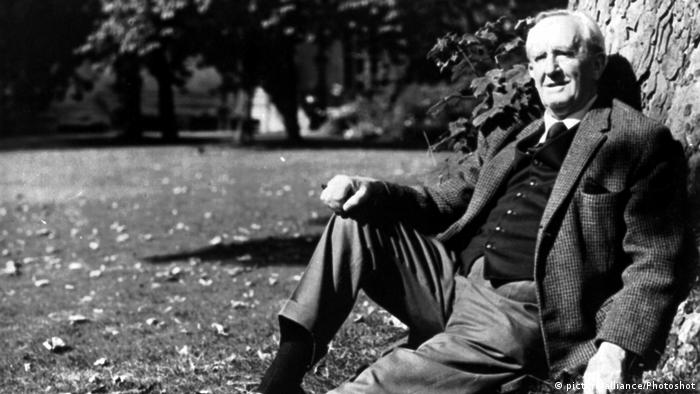 Fans will recognize in the tale of Beren and Lúthien, published on Thursday, elements that would make up J.R.R. Tolkien's "The Simarillion" - also published posthumously in 1977.

The new volume depicts myths and legends of Tolkien's First Age of the world and shows how his universe evolved and expanded over the years.

"Beren and Lúthien" was edited by Tolkien's third son and literary executor, Christopher Tolkien, now aged 92, who was also responsible for other posthumously published writings such as "The Silmarillion," "Unfinished Tales," and "The History of Middle-earth." 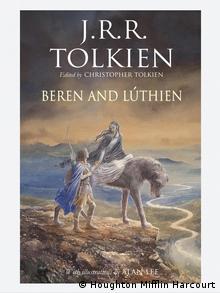 The release of the Houghton Mifflin Harcourt publication is timed with the 10th anniversary of the last Middle-earth book, the bestseller "The Children of Húrin."

The new book includes color illustrations by Alan Lee, who also did the drawings for "The Lord of the Rings" and "The Hobbit," and later won Oscars for his work on Peter Jackson's film trilogy.

The English author wrote "Beren and Lúthien" after he returned from his World War I service, during his convalescence from trench fever. J.R.R. Tolkien's writing was a way to "exorcise" the horrors he had witnessed during the battle of Somme in France, John Garth, author of "Tolkien and The Great War," told the BBC.

The tale centers on the fate of two lovers, Beren, a mortal man, and Lúthien, an immortal elf, and their heroic attempt to raid the greatest of all evil beings, Melkor.

Revealing how personal this love story is, the names Beren and Lúthien are also carved on the gravestone Tolkien shares with his wife. The young Tolkien had fallen in love with his future wife Edith when he was 16, but only married her years later, as the orphan's guardian had prohibited the relationship.

The Astrid Lindgren Memorial Award, the world's highest distinction for literature geared toward children and young people, is awarded to Wolf Erlbruch, a German illustrator and author of children's books. (29.05.2017)