Germany regular Joshua Kimmich has broken ranks to criticize Joachim Löw's handling of Thomas Müller, Jerome Boateng and Mats Hummels. The Bayern Munich man said the way the trio were axed by Löw was "not ok". 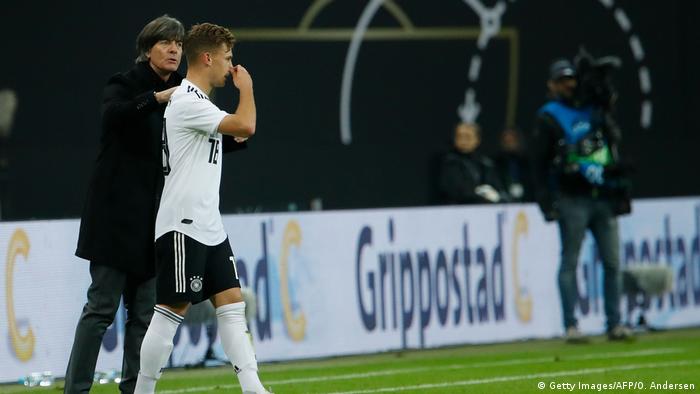 Following the lead of Bayern Munich, Niko Kovac and a host of others inside and outside German football, Kimmich has expressed his displeasure at the way Löw chose to publicly end the international prospects of the trio under his stewardship.

"I know the national team only with these three players. Over the past 10 years, they have shaped the team and made us world champions. They are also my teammates," the 24-year-old said after Bayern's 6-0 win over Wolfsburg on Saturday.

"From a player's point of view, the way (the players were treated) was not okay, so I understand that the guys are disappointed.

"Especially when you consider that they are only 29 and 30 years old. Thomas has played 100 games for Germany, for example. Then you have earned a different departure."

As a key member of the national side and one of the players Löw is looking to build his "new Germany"around, Kimmich's distaste for his coach's actions is bound to raise a few eyebrows ahead of the games with Serbia and the Netherlands later this month. 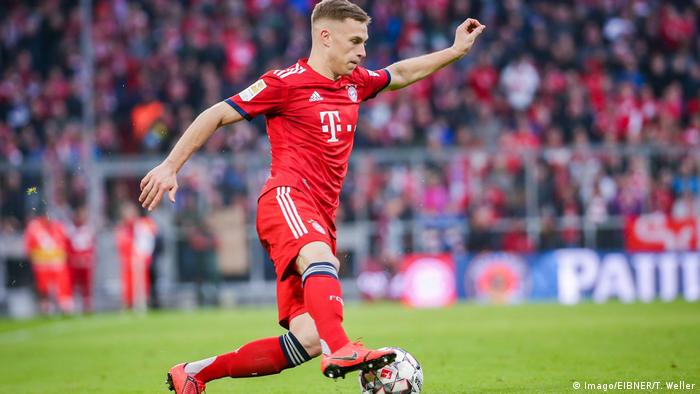 Though the point hasn't been directly addressed, the general perception is that the three 2014 World Cup winners have been phased out as a result of decline in performance and pace that became evident in Germany's shambolic displays in Russia last year.

But Kimmich rejected suggestions that his clubmates were over the hill.

"Football is often talked about old and young, I think that none of the boys are too old to play in the national team."

All three players were involved against Wolfsburg, with Müller scoring Bayern's fourth, and Kimmich felt the trio made a point.

"I do not think you can get that out of your head after two days, but they showed what they've got. They played a very good game."

Another strong display from the ostracised trio on Wednesday against Liverpool in the Champions League and Löw might have a few more detractors.

The decision by Germany head coach Joachim Löw to axe Thomas Müller, Jerome Boateng and Mats Hummels was a shock, but a huge boost to Bayern. Löw might just have handed them a chance at the treble, says Jonathan Harding. (09.03.2019)

Bayern Munich and Borussia Dortmund in brilliant battle for the Bundesliga

With nine games to go in the season, Bayern Munich and Borussia Dortmund have the same points total. But one look at their respective games on matchday 25 shows how different these two sides are. (09.03.2019)