Joachim Löw has dismissed criticism from former Germany captain Michael Ballack, who told DW he was 'surprised' Löw kept his job. Löw's Germany are under pressure to beat the Netherlands in Amsterdam on Saturday. 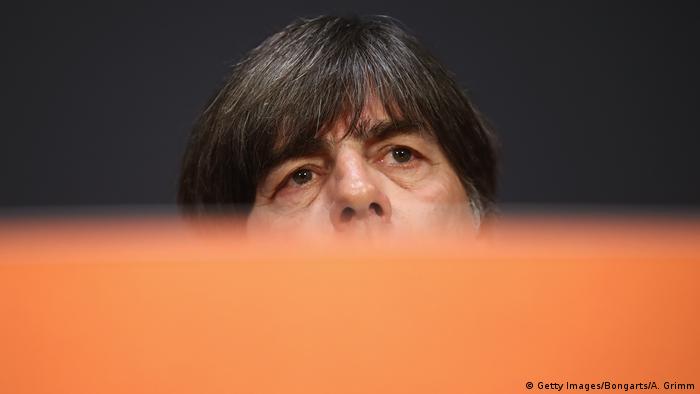 Joachim Löw has shrugged off criticism from former Germany captain Michael Ballack ahead of his team's Nations League game against the Netherlands on Saturday.

Speaking in Amsterdam, Löw said he was "really not interested" in comments made by Ballack, who told DW on Thursday that he was "surprised Löw kept his job" after Germany's World Cup fiasco in Russia.

"Everyone is welcome to say what they want, but I'm not interested this week, I have other thoughts in my head," Löw said in response to Ballack's remarks.

"I saw the headlines, but didn't read more — it really doesn't interest me."

Löw is under pressure to win Saturday's Nations League match away to the Netherlands in Amsterdam, and then avoid defeat by world champions France in Paris next Tuesday.

Loew appeared relaxed in Friday's press conference, with Germany having not lost to their Dutch neighbors for 16 years.

"No, I do not feel any additional pressure, I've been national coach since 2006," insisted Löw.

"There have been situations before in which we have had defeats and why would I feel more pressure in the Nations League than at a World Cup?"

Having held Didier Deschamps' freshly-crowned world champions to a 0-0 draw in Munich last month, Germany lie second in their Nations League group, three points behind France and one ahead of the last-placed Dutch.

"Obviously, we don't want to be relegated from this group, in fact we want to win it," added Löw.

Müller and Ginter to start

Germany have been hit by the withdrawal of Marco Reus with a knee injury. That comes as a blow to Löw, with the Borussia Dortmund forward having been in fine form this season.

Löw confirmed that Thomas Müller, who has struggled to make an impression for Bayern Munich this season, will start the game and there will be a starting berth for Borussia Mönchengladbach's Matthias Ginter, meaning the versatile Joshua Kimmich is likely to play in midfield. 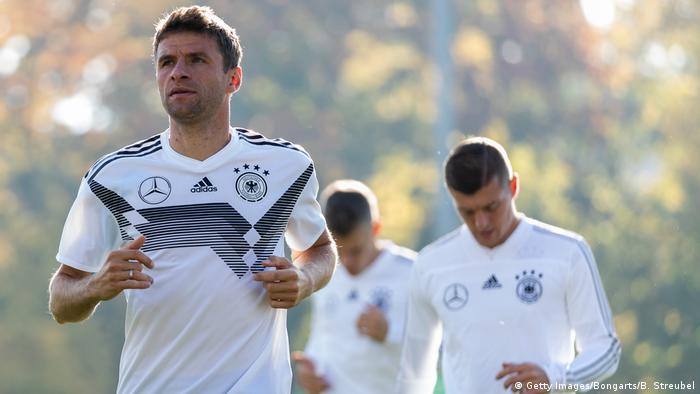 Thomas Müller will start for Germany in Amsterdam, despite struggling for form for Bayern.

However, Löw may have some concerns about his defense given the poor form of Bayern Munich recently, and the fact that Manuel Neuer, Mats Hummels and Jerome Boateng have all struggled in recent weeks.

"Thomas Müller will play right from the start, the Bayern players have made a good impression this week," said Löw.

"The four guys have experienced so many positive and negative things. "They are frustrated for a day or two (after defeat), but they can switch back quickly.

"They were very motivated. I absolutely trust these players and the axis [Neuer, Boateng and Hummels] is very important."