A new Frankfurt exhibition traces Jil Sander's career as a top influential modern fashion designer. Through nine different angles, it considers how her quintessential German minimalism has impacted style up to today.

Few German designers have had as powerful and lasting an impact on fashion as Jil Sander has. Born in 1943 in northern Germany, Sander's style and aesthetics are inextricably bound up with her homeland.

Now in her 70s, the exceptionally private designer is getting the first comprehensive look at her career and influence on the design world with a new exhibition at the Museum of Applied Art in Frankfurt. In tracing her professional trajectory, the exhibition provides a glimpse at both Sander's influence on the fashion world and the influence of the post-war German psyche and its changing relationship to the world around it through a design lens. 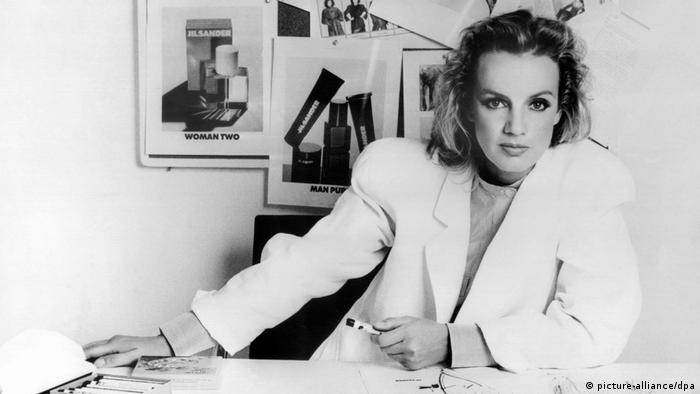 Perhaps best known for her womenswear collections, with their remarkably complex simplicity and focus on textiles, form and aesthetics, Sander got her start as a fashion designer in 1968 and released her first full collection just five years later. While the time was politically tumultuous, Sander stuck with traditional lines and neutral colors in a way that won her the first of many first fans. That minimalist aesthetic, anything but conservative, turned unembellished shifts and tailored pantsuits into couture for the business world by focusing on luxurious textiles and quality craftsmanship. It began, and remained, as then-New York Times fashion critic Cathy Horyn later wrote, "a smart woman's answer to minimalist tailoring ... a lovely way to dress if you had things to do besides think of, well, your clothes.”

Sander herself has said that her aesthetic has arisen out of life lessons learned as well as what she senses of the zeitgeist — the spirit of the times — and resulted in a design approach that is synonymous with modernity and the empowerment of the individual. The clothes do not tell the story — the wearer does. 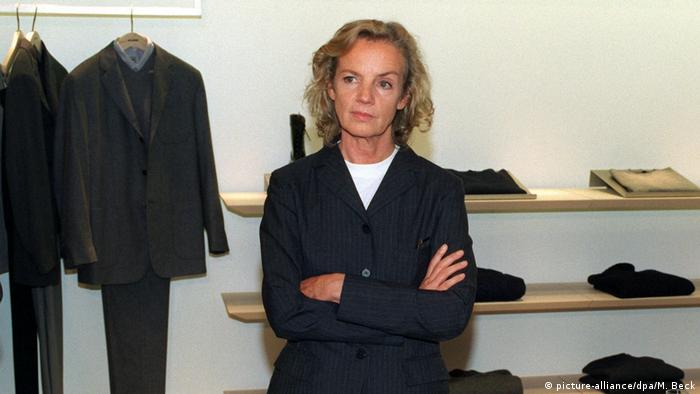 Jill Sander in her flagship store in Hamburg in 1997

Though Sanders has continued to design clothing on occasion, returning three times to her eponymous label after selling a majority share to the Prada group in 1999 and resigning her role shortly thereafter, the exhibition does not focus solely on fashion and clothing. Divided into nine thematic areas, the curator considers her influence in design from a variety of perspectives: runway, backstage, studio, fashion collections, accessories, cosmetics, photography and campaigns, fashion and art, architecture and the art of gardening. The question it seeks to answer is, "What is the key to quality in design?”

In that respect, the multimedia exhibition expends a good deal of energy on the team that Sander surrounded herself with. Employing photographers like Peter Lindbergh and Irving Penn helped her establish a relationship with the supermodels of the 90s and build a name following on the philosophy of the modern woman of the era: strong and sexy, eschewing old-school ideas of feminity. 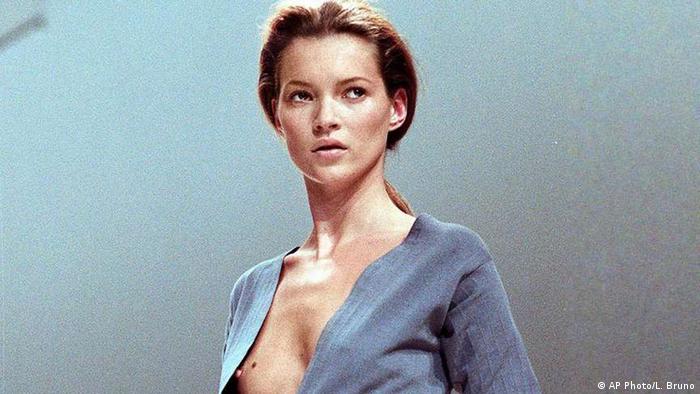 Kate Moss posses in Jil Sander on the runway in 1996

The exhibition's holistic approach to design aslo looks at the architecture of Sander's stores, collaborations with sound artists and in packaging design. In 1979, the first cosmetic and perfume line bearing the Jil Sander name was released. It became known not only for its contents but also for the bottles in which they were sold, which reflected the go-go glitz and blocky geometry that the 1980s were famous for.

In preparing her stores, Sander was heavily influenced by the German Bauhaus artistic movement's philosophy of seriality and transparence, and steered clear of the opulence and decadence normally associated with the luxury market that her items fell into.

Her lack of ostentatious display both in clothing and in her eponymous world earned Sander the nickname "Queen of less.” And her enbrace of minimalism and purism, in which the designer forgoes flourishes in favor of high-tech textiles from Japan with the quality handwork of Italian craftsman, has continued to influence German designers today.

Sander's repertoire is the personification of less is more. Though for visitors to the exhibition in Frankfurt, which runs from November 4, 2017 through May 6, 2018, the motto might just be more is more — all 3,000 square meters of exhibition space at the Museum of Applied Design has been devoted to Jil Sander. 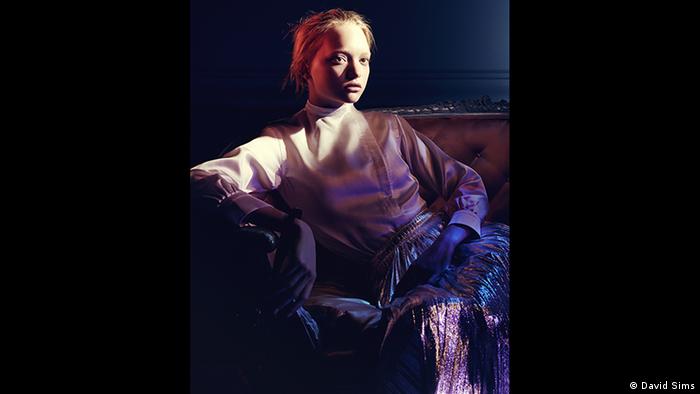