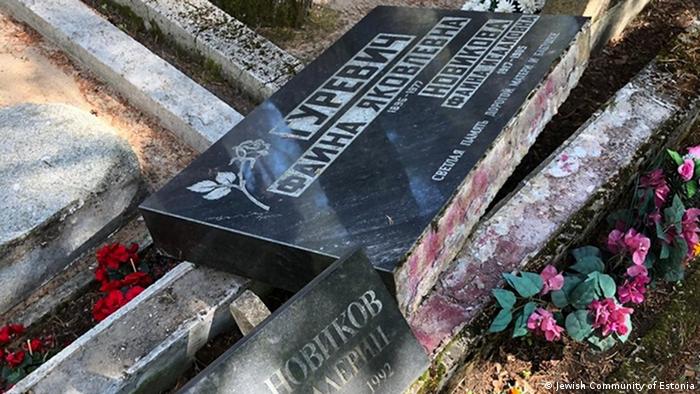 A Jewish cemetery in the Estonian capital of Tallinn was vandalized over the weekend, authorities confirmed on Tuesday. At the same time, an area near a bus stop in the city was tagged with large swastikas.

Public broadcaster ERR reported that five gravestones were overturned in Tallinn's 110-year-old Rahumae cemetery, home to a large Jewish section, in the early hours of Sunday.

"This ugly act of vandalism where our ancestors rest in peace, and where everyone thinks of their spirituality, their connection to past generations, and human values, is insulting, frightening, and unacceptable in our society," said the Jewish Community of Estonia organization in a statement. 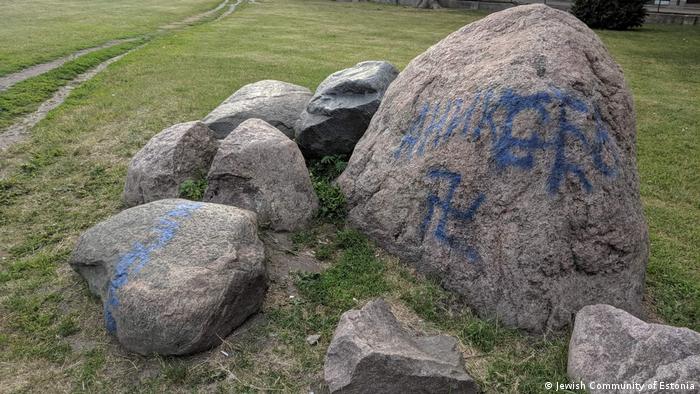 On their Facebook page, the group noted that the "this cemetary has never been defiled before, even during the Nazi occupation."

They also wrote that for the first time this year, that section of the cemetary was adorned with a new commemorative pillar dedicated to the Estonian victims of the Holocaust.

A complicated history for Estonian Jews

Between Estonian independence from Russia and World War II, the Jewish community in Estonia flourished. Freed from the oppression of Jews in tsarist Russia, the newly formed republic enjoyed a period of unprecedented religious and ethnic tolerance.

By the time the war reached Estonia, the Jewish community counted some 4,381 members. Many Jews were rounded up and sent to prison camps by Soviet occupying forces in 1940. Those who were left were targeted by the Nazis when they arrived in 1941. However, by then, more than 75% of Estonian Jews had managed to escape to relatively safe parts of the Soviet Union.

The Nazis set up 22 concentration and labor camps for foreign Jews on what is now Estonian territory. Fewer than 12 Jewish people survived the war without leaving Estonia.

After Estonia was annexed by Moscow, about 1,500 Jews returned home to Tallinn. At its peak in 1970, the community had 5,290 members. After the fall of the Soviet Union, mass emigration to the US and Israel left the community to dwindle once again, with 1,738 Jewish people resident in the country in 2012.

Several major Jewish organizations have warned in recent years that as the memory of the Holocast fades into the distance, and anti-Semitism risks slowly becoming socially acceptable once again.

Estonia is also home to a controversial annual gathering of former SS members, some of whom were conscripted to fight by the occupying Nazi forces, marking the Battle of the Tannenberg Line. The Estonians are often joined by other veterans of the Waffen SS, the armed division of the paramilitary charged with implementing the policies of Nazi terror across Europe.