A former Thai monk's lavish lifestyle, involving a private jet and designer items, has resulted in a 114-year sentence for an array of fraud-related crimes. He is also accused of having sex with a minor. 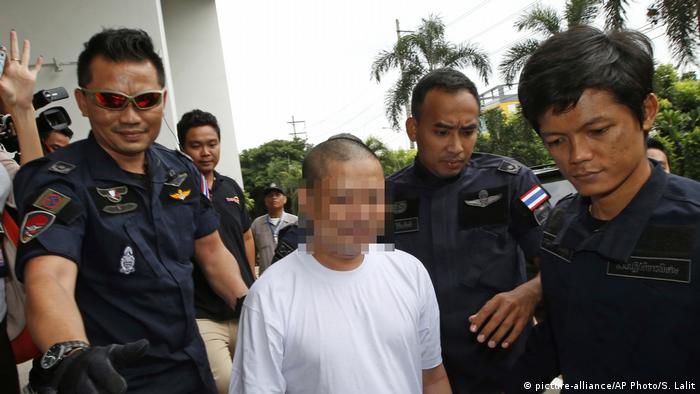 A Thai criminal court on Thursday sentenced a former Buddhist monk to 114 years in jail for fraud, money laundering and computer crimes.

The ex-monk sparked outrage in 2013 when his lavish lifestyle was seen in a YouTube video, where he was wearing brand-name sunglasses, a Louis Vuitton bag and holding wads of cash on a private jet.

He was expelled from the monkhood in 2013 after the video came to light.

The ex-monk fled to the United States in 2013 when he was accused of having sex with a 14-year-old girl and returned to Thailand in July, 2017 after being extradited from the US due to the numerous charges against him.

He will only serve 20 years of his 114-year sentence because Thai law states that is the maximum for someone found guilty of multiple counts of the same offence.

"He committed fraud by claiming to have special power to lure in people and he also bought many luxury cars which is considered a money-laundering offence," an official at the Department of Special Litigation told news agency Reuters.

The former monk also faces separate charges of child molestation and child abduction, for which a verdict is expected in October.

Corruption in the clergy

Since the Thai junta seized power in a 2014 coup it has taken a hard line against a Buddhist clergy surrounded by scandal.

In May, the abbot of one of Bangkok's major tourist attractions, Golden Mount temple, surrendered to police after $4 million (€3.4 million) was found in bank accounts in his name.

Police are also investigating whether millions of dollars under the control of the National Office of Buddhism was misused.

A Buddhist abbot in China is accused of sexually harassing female worshippers. The #MeToo movement isn't new to the country, yet victims have little chance of recourse as the state seems to protect powerful perpetrators. (02.08.2018)

The 83-year-old Indonesian shaman abducted the girl in 2003 when she was 13 years old after she sought treatment for an illness. It is not uncommon for people in Indonesia to visit shamans when they are sick. (08.08.2018)