The city was full of festive crowds and decked out in rainbow flags with the Star of David. But with memories of a murder during the 2015 march still fresh, thousands of police were in attendance at this year's parade. 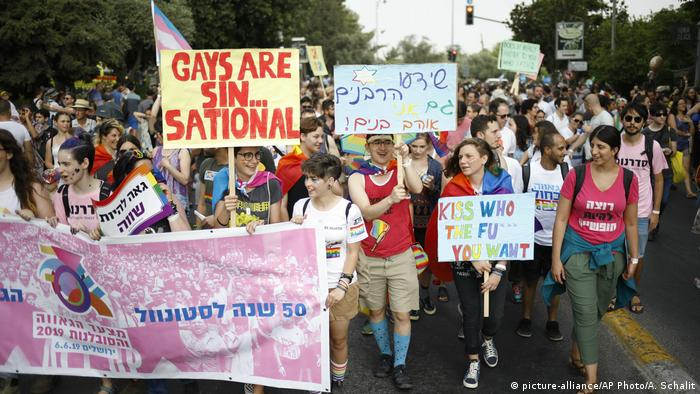 Thousands of people took to the streets of Jerusalem on Thursday to celebrate Gay Pride.

Under the theme "One Community, Many Faces," approximately 10,000 revelers waved rainbow and Israeli flags in tandem.

"Despite the difficulties, it's important to participate, especially in Jerusalem" said Israel Lumbroso, a 28-year-old local.

The event has drawn protest from conservative religious groups in the past.

Around 2,500 plain-clothed and uniformed policemen were on alert following the death of a teenager at the 2015 parade.

On that occasion, a 16-year-old girl was stabbed by a Jewish extremist. The perpetrator is currently serving a life sentence and had only been released three weeks before after a similar violent attack at the 2005 march.

Police made 17 arrests this year, including one person who was carrying a knife. 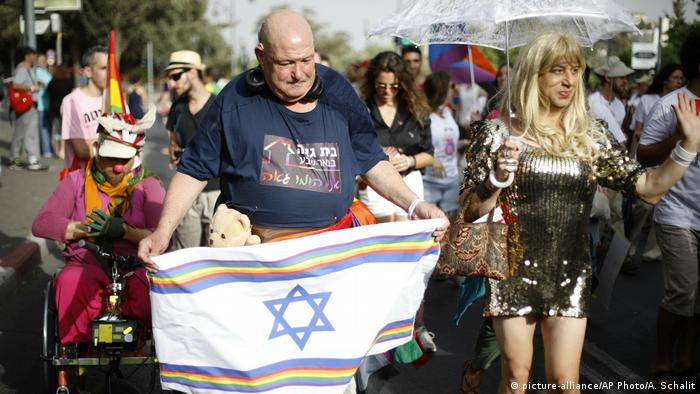 Israel has the most open attitude to homosexuality in the Middle East, with a large and influential gay community

Prime Minister Benjamin Netanyahu on Thursday named Amir Ohana as interim justice minister. In the past, Ohana has spoken in favor of limiting judicial powers and legislation to give the prime minister immunity from prosecution. Netanyahu is currently facing three corruption hearings