Jerome Boateng: 'We were just too naive'

Germany were missing at least five of their normal starting eleven in Tuesday's match against Ireland. Defender Jerome Boateng spoke to DW after the game, about the current leadership vacuum in the German national team. 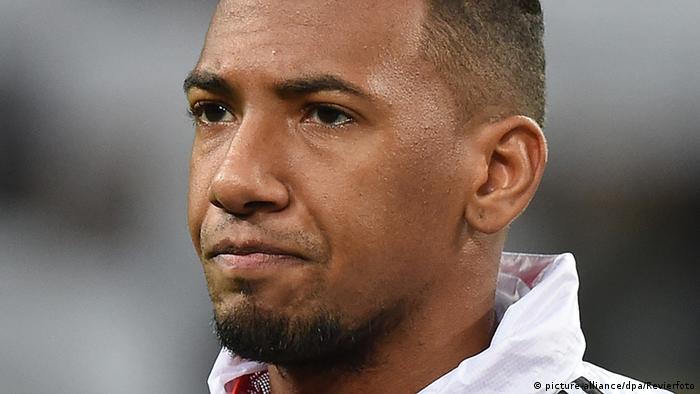 DW: In the match against Ireland coach Joachim Löw couldn't select a lot of players, who were either out injured or ill. Is it especially a problem that many of the team's leaders, guys like Sami Khedira and Bastian Schweinsteiger, are not involved at the moment?

Jerome Boateng: They are important players, but we can't do anything about the fact that they are not here. They have leadership qualities, of course. But we have other guys too who can fill this role: Mats Hummels, Manuel Neuer, Toni Kroos and myself are there, on the pitch, and we gladly take on responsilibity.

In this game we just have to be honest and admit that we gave things away too easily in the last minutes. We just let the opposition build up their confidence. That's got nothing to do with leadership. At the end we were just too naive and negligent in the way we played.

As a leader on the pitch can you do something right at that moment, like motivate the players vocally, when you sense that things are going wrong?

Yes you can, and we try to, of course. You try to calm things down, hold onto the ball or clear the ball out properly. But if you do things by half-measures, like failing to clear the ball or losing possession, three times in a row, then it's obvious that your opponent starts to gain in confidence. A leader on the pitch, in that situation, can say whatever he wants, it won't help.

I can sense a degree of annoyance now, but are you still confident in the team for the rest of the EURO 2016 qualification matches?

Definitely. I know what sort of potential we have. But now it's important that we play to that potential too. And, we need to really wake up and realize the situation we are now in.

Defender Jerome Boateng plays his club football at Bundesliga club Bayern Munich. The 26-year-old played his 49th game for the national team against Ireland on Tuesday in Gelsenkirchen.

A night of what-ifs in Gelsenkirchen

Against Ireland, Germany once again didn't gel as they should have. While coach Joachim Löw continues to say his players are not fresh enough, the fans say the reasons for the failed result are many and varied. (14.10.2014)

John O'Shea and Robbie Keane speak to DW in Gelsenkirchen