The Red and White Singing Battle is a Japanese TV New Year's tradition, in which men and women go up against each other. Once again, Akihiro Miwa will be performing in an elaborate gown - but not for the female team. 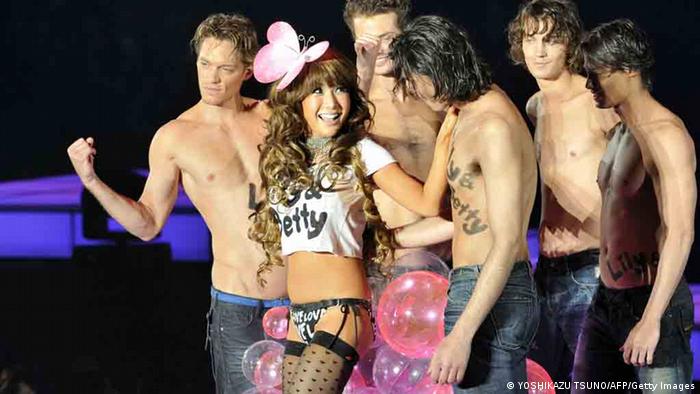 At 77, Akihiro Miwa is still a striking character. The hair is startlingly yellow, but the nose is slightly large and the fingers not quite elegant enough. And while the clothes worn on the late night chat shows, quizzes and the more serious discussion programs are fashionably feminine, the voice is still a fraction too deep.

Miwa may not be completely convincing as a woman, but his gender has not been a hurdle to him having a spectacularly successful career as a female actor, singer, composer and author in Japan.

Miwa, and a number of other rivals to his crown as the grande dame of the cross-dressing television circuit, are heirs to the tradition of onnagata and are in demand for the down-to-earth and pithy comments they give on issues that range from fashion to art, matters of the heart and spiritual sustenance to the state of the national economy and national politics. 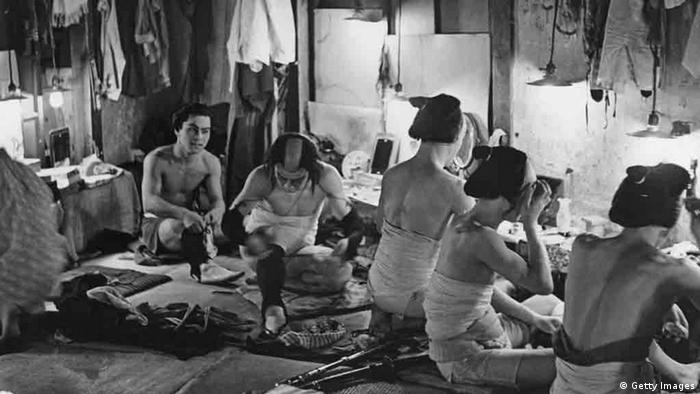 The tradition of onnagatas goes a long way back in Japan

Traditionally, onnagata are men who convincingly took on female roles in kabuki theater. And along with Miwa, Kenichi Mikawa, Ai Haruna, Ayana Tsubaki, Kaba-chan and the voluptuous Matsuko Derakkusu - the stage name sounds like "deluxe" in Japanese - have brought that tradition into the modern era with their daily appearances on television

And they clearly enjoy their position of being outside mainstream Japanese society, which gives them a freedom to be cattily outspoken about politicians, actors and pretty much anyone in public life here.

"It is interesting - and paradoxical - that these people are so well respected as commentators on television because homosexuality, cross-dressing and other expressions of overtly odd behaviour is very much hidden in Japanese society," said Gavin Blair, Japan correspondent for The Hollywood Reporter media industry newspaper.

"These people are playing the roles of outsiders in Japan's very homogenous society, and that allows them to give the alternative view," he said. "They say things that would be just too uncomfortable for a Japanese person to say.

"In a way, they are simply acting and they might be broadly seen as an object of amusement, but they do serve a purpose by tackling taboos or saying something that would otherwise never be open for discussion."

Miwa is, without question, the queen bee of the cross-dressing clique. Born in Nagasaki, he got his first break in the acting profession as a teenager and is hugely popular with women across all age groups.

In an average week, Miwa will appear on a grab-bag of shows, ranging from "Enjoy the Knowledge" to "Showa Era Commentaries" and "Spiritual Spring," in which he dissects the personalities of famous people and tells them where they have gone wrong in their lives. 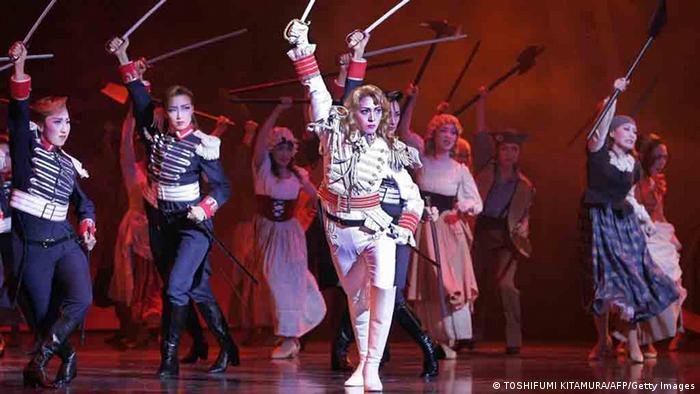 Miwa's biggest rival is probably Kenichi Mikawa, who peaked as a singer in the late 1960s, but is still a household name.

"He is popular as a commentator because his feminine behaviour and feminine phrases amuse people," said Tomomi Cope, a masters student at the University of Leicester who is examining socio-linguistics, including gender and language. "He is often chosen to appear on TV variety programs, so nearly all Japanese people know how he acts and reacts.

"Japanese society does not really look down on thee people because of their 'queer' appearance or behaviour," she said. "Also, Japanese people understand the history of onnagata, so it is acceptable for them to find this kind of gender-neutral people in Japan's show business world."

There is no sense of sexual deviancy in the world of onnagata, kabuki or even the Takarazuka stage shows, which feature all-women casts.

"These are select, refined actors and actresses - despite the fact that they are cross-dressers - and they can fulfil the dreams of ordinary people," she said.

Prime Minister Shinzo Abe's Liberal Democratic Party swept back to power on Sunday with a clear mandate to take off in a more nationalistic direction. But how broad-based is Abe's support among the electorate? (18.12.2012)

Japan's long-standing party of power has emerged as the winner of elections. Amid disappointment over failed reforms, the country is braced for a shift to the right which could go further than anticipated. (17.12.2012)