Japan to launch an investigation into mysterious 'ghost boats'

Japanese authorities say they will will launch an investigation into boats washing ashore carrying decomposing bodies. The boats are thought to be from North Korean army fishing operations. 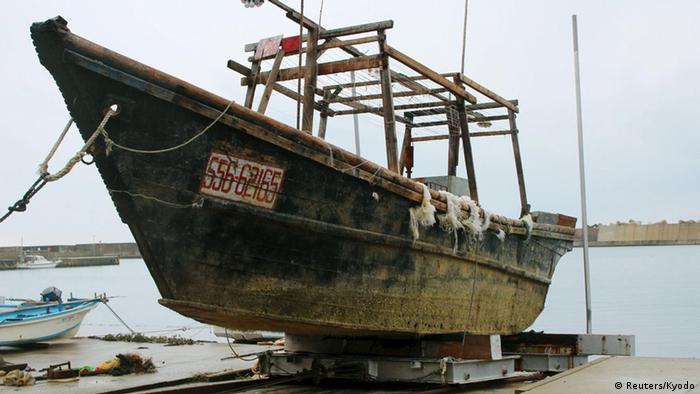 The coast guard has not been able to identify the nationality of the 22 bodies - including five skulls - washed ashore since October, but have found signs written in Korean, with Japanese television footage showing a sign identifying one boat as belonging to a North Korean army unit.

The primitive boats were motorized, but did not have a GPS system, the coast guard said.

Isolated North Korea has sought to increase fishing to earn foreign currency and provide food to the army and government officials in a country often hit by famine.

Army defectors and academics say the Korean People's Army is heavily involved in food production and fishing to these ends.

Experts believe the "ghost boats" washing ashore in Japan are the outcome of a push by North Korean dictator Kim Jong Un, who has prioritized expanding his hermit state's fishing operations.

"Kim Jong Un has been promoting the fisheries, which could explain why there are more fishing boats going out," Kim Do-hoon, a professor of fisheries science at Bukyong National University in Busan, told Reuters.

Over the years, North Korean fishing boats have also washed ashore in Japan and Russia, but the recent spike may result from this new drive to catch more seafood.

The main season for catching squid, sandfish and king crab runs October to February, which could be another reason for the spike in ghost boats.