Heavy rainfall on one of Japan's main islands, Kyushu, has triggered severe flooding and landslides. More than a dozen people are presumed dead and tens of thousands have been urged to leave their homes. 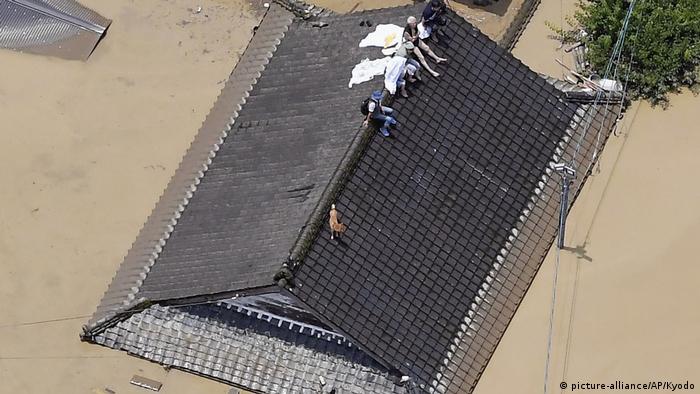 Torrential rain triggered mass flooding and mudslides across southern Japan on Saturday, leaving at least one confirmed death, more than a dozen people feared dead and many more missing.

National broadcaster NHK reported that 18 people had been found without "vital signs" following downpours in some regions that were called unprecedented.

"No vital signs" is a phrase often used in Japan before death is officially confirmed.

Among those presumed dead are 14 residents of a nursing home.

According to NHK, some 60 elderly people were staying at the riverside care home Senjuen, when floodwaters and mud poured in, stranding its occupants.

Kumamoto Governor Ikuo Kabashima said three other residents were being treated for hypothermia.

Overnight rains initially inundated parts of Kumamoto, on the island of Kyushu, with an estimated 100 millimeters (4 inches) per hour.

Several people were reported missing and dozens were left stranded on rooftops waiting to be rescued by helicopter, officials said.

Tens of thousands ordered to leave

Authorities ordered more than 200,000 people on Kyushu to leave their homes and seek refuge.

Some 76,500 people in Kumamoto and Kagoshima prefectures fled their homes as the flooding cut off power and communication lines. 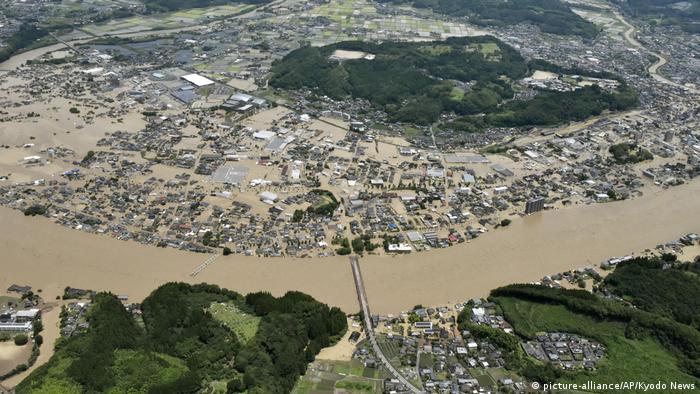 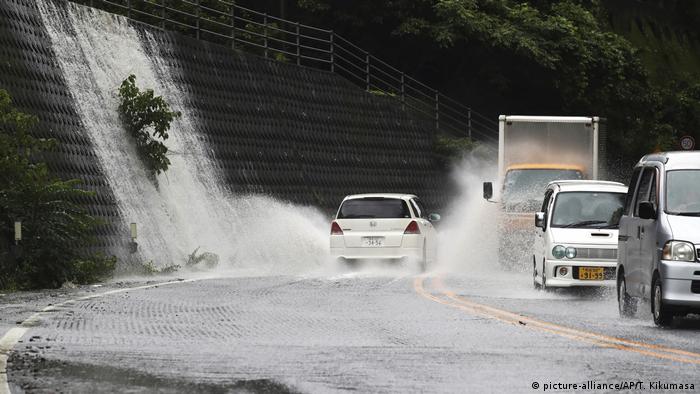 Heavy rainfall is expected to continue into Sunday

"I smelled mud, and the whole area was vibrating with river water. I've never experienced anything like this," a man at a shelter in Yatsushiro city in western Kumamoto told national Japanese broadcaster NHK.

Prime Minister Shinzo Abe said thousands of troops were being sent to Kyushu to help in rescue operations, calling on people in the area to remain on "maximum alert." He said the utmost would be done to rescue the missing.

Abe said the rains were expected to continue into Sunday.

Tokyo meteorologists issued the highest warning level for many areas in Japan.

At least 50 people have died in Japan after one of the worst typhoons to hit the country in more than half a century. Search and rescue operations are underway as locals struggle to come to terms with the carnage. (14.10.2019)