Japan's lower house of parliament has passed the contentious Trans-Pacific Partnership (TPP) free trade deal, a move largely viewed as an empty gesture because the US president-elect flatly rejects it. 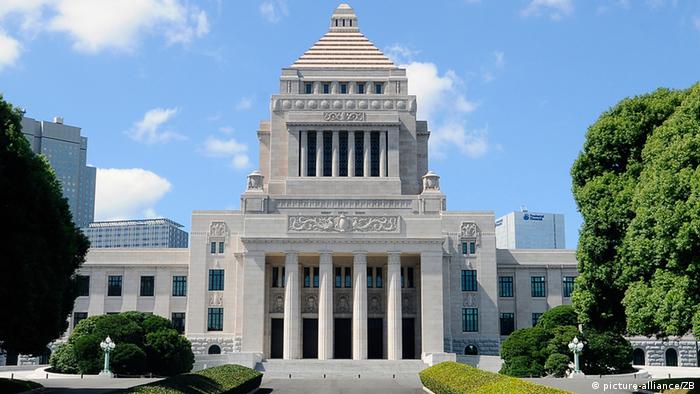 The free trade area would encompass about 40 percent of global economic power and was championed by outgoing US president Barack Obama. With the pact, Obama intended to set the global trade agenda in the face of China's increasing economic clout.

Japanese Prime Minister Shinzo Abe has made TPP a pillar of his economic platform to revive the nation's key exports sector. But experts say that the agreement was doomed after Donald Trump's election win on Wednesday.

Marcel Thieliant from Capital Economics said in a note that Japan's hopes for TPP were "dead and buried," despite the ratification by parliament in Tokyo. "The upshot is that the long-term losses for Japan from the TPP not coming into force are substantial," he added.

With TPP, Japan and other Asian participants wanted to establish a counterweight to China's expansive policies in the Pacific region, as Beijing is seeking to widen its sphere of economic and political influence there.

In September, Barack Obama warned that China, which is not a TPP member, was "pushing hard to create their own trading regime" in Asia. "I promise you that China is not going to be setting up a bunch of rules that are going to be to the advantage of American companies and American businesses. If we are not in there and making sure that fair trade is established in the Asia market, we're going to be cut out," he said.

But Donald Trump has said that while he is in favor of free trade, existing deals, such as the North American Free Trade Agreement (NAFTA) between the US, Canada and Mexico, have not been fairly negotiated and don't serve US interests.

The US president has expressed confidence that the 12-nation free trade pact would be ratified in 2016. But he lacks major support among his party's ranks, including Democratic presidential nominee Hillary Clinton. (02.08.2016)

A comprehensive trade deal has been inked by 12 Pacific nations at a ceremony in New Zealand. Angry protestors have swarmed the streets of Auckland to voice concern over environmental and sovereignty issues. (04.02.2016)