Days after the powerful typhoon Hagibis, the death toll has risen and many are still without homes or power. Prime Minister Shinzo Abe said the government was considering an additional fund to support relief efforts. In the aftermath, Japan's Prime Minister Shinzo Abe told a parliamentary session that the government was considering an additional budget to support the ongoing search-and-rescue and relief efforts. 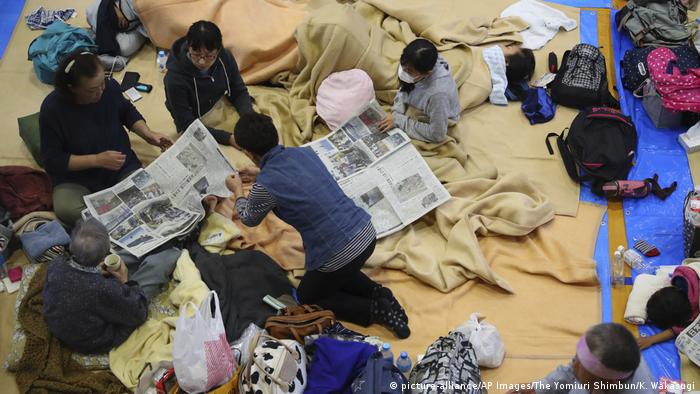 Three days after the typhoon and parts of Japan are still experiencing widespread disruption.

"We put the people's lives first," he said after calling for speedy support for residents.

Currently, the clean-up effort is being funded by a disaster response special reserve of 500 billion yen ($4.6 billion, €4.1 billion).

A trail of destruction

Damage was widespread with over 34,000 homes without power and 110,000 lacking running water. More than 30,000 people were still at shelters as of late Monday, according to the Cabinet Office's latest tally. 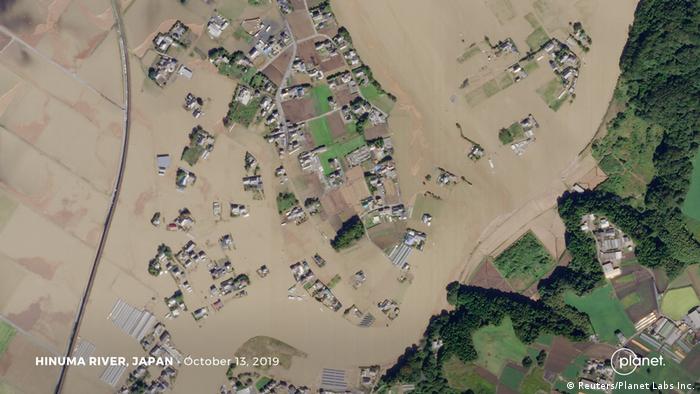 Widespread flooding, power cuts and mudslides were caused when hundreds of rivers burst their banks during the typhoon.

The flooding was caused after 200 rivers burst their banks.

Read more: Tokyo braces itself for worst typhoon in 60 years

The northeastern prefectures of Miyagi and Fukushima experienced the worst of the typhoon and 40 of the deaths were in these regions. 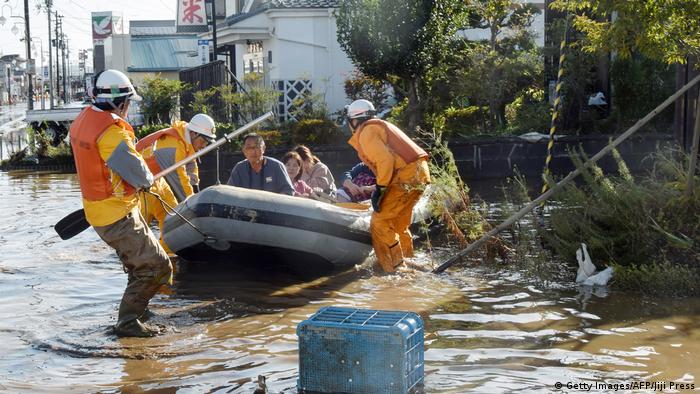 Three days after the typhoon and rescue efforts are ongoing.

About 60% of the 5,500 people who remain in temporary shelters following the storm are also in the two prefectures.

Floodwater had subsided in Japan's capital city, Tokyo, and businesses were operating as usual again.

Japan experiences many typhoons each year but it is uncommon for typhoons of such ferocity to hail from the east and to hit the capital city so hard.