A mayor in Turkey's biggest Kurdish city, Diyarbakir, has been waging a peaceful battle for minority rights. He has been stripped of office and faced scores of court cases. Now his struggle has become very personal. 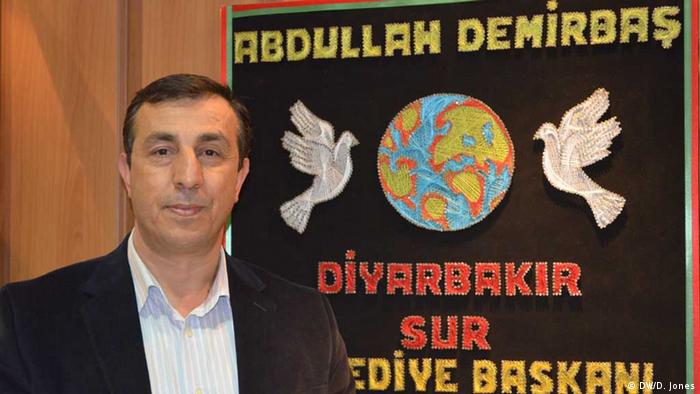 Sur district mayor Abdullah Demirbas is listening to a Kurdish folk song being sung at the Dicle Firat Cultural Center in Diyarbakir. The cultural center has a special place in Demirbas' heart as one of his proudest creations. It was also his office in exile for three years. He had been removed as from office by the interior minister. His crime: producing service information in Kurdish.

"People exist only through their identity and culture. And I've been fighting to preserve and protect this identity all my life," Demirbas says. "According to the law, it's illegal to provide any services in languages other than Turkish. Our culture, our people don't exist in the eyes of the law."

Demirbas shows some of the printed material that was deemed highly subversive - including health information and a children's book encouraging respect for the environment.

When he became mayor in 2005, he carried out a survey of 7,000 families to find out what his constituents wanted and what they needed. He says 70 percent of them spoke Kurdish as their first language, and that he's committed to serving the people.

His removal from office hurt.

"It makes me so sorry. This is who I am, who my family is. I'm not just fighting for Kurds but for the diversity of this region. Assyrian Christians, the Armenians, the Arabs - for the last 85 years we've been told there are only Turks and only one religion. And people who challenge this are always declared to be terrorists, enemies of the state, criminals. This is why we have so much fighting; there will always be clashes with this mentality." 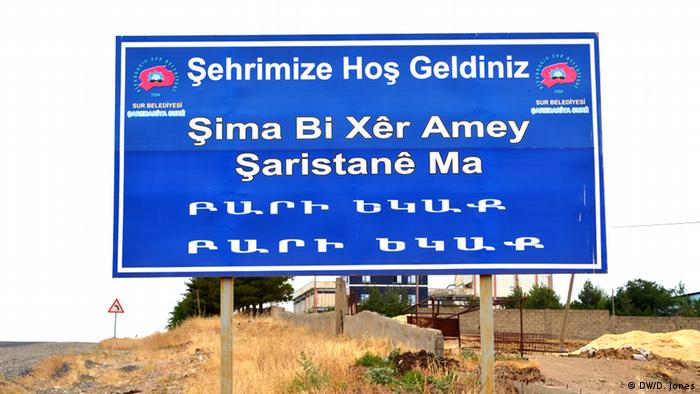 A controversial sign Demirbas had put up welcomed visitors to Diyarbakir in Turkish, Kurdish and Armenian

As Demirbas walks around the narrow ancient streets of the Sur district of Diyarbakir, he's frequently stopped by the locals. His efforts and sacrifices appear to be appreciated.

"When there's a good mayor like him, the state doesn't like it and puts obstacles in their way," said one man, who declined to give his name. "We love him for how he fights for his people - not only Kurds, but for Armenians and Assyrians. Because we're all brothers living here together and he helped to get all our identities recognized. No one has the right to forbid who we are. But the state doesn't like this reality."

Such support resulted in Demirbas being re-elected, despite a strong campaign against him by the governing AK Party.

The government claims it is committed to Kurdish reforms and points to a Kurdish state television channel and elective Kurdish classes. At the same time it has stepped up its crackdown against people like Demirbas.

At his office in the Sur Municipal building Demirbas flips through the latest court cases against him. Many charges are for putting up street signs in Kurdish, including a sign welcoming people to the city of Diyarbakir.

He admits he may not be mayor for much longer if state prosecutors have their way. There are 72 pending court cases against him. The sentences add up to 493 years in prison.

Demirbas sees jail as an occupational hazard for himself, but he does worry for others. Thirty-three Kurdish mayors were in prison at the end of the last year, and over 1,000 of his party colleagues were detained under anti-terror laws in the course of 2012.

He says the legal crackdown will only exacerbate the conflict between the state and the PKK. He warns that such arrests and prosecutions will result in more young Kurds giving up on their peaceful struggle and joining the rebels - like his son. 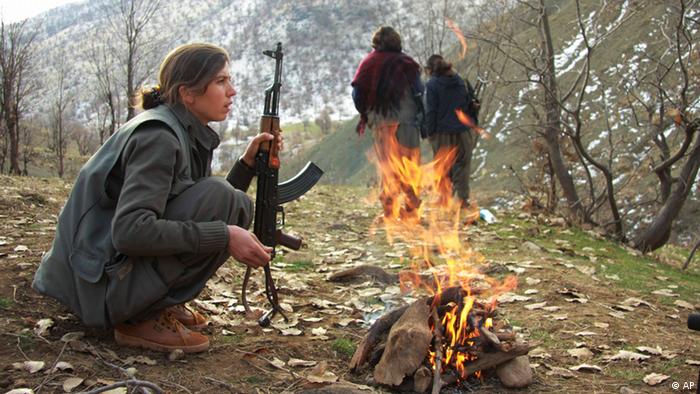 Disheartened by his father being removed as mayor and threatened with jail, the young man made a decision that shocked his family: He went into the mountains and joined the Kurdish rebels of the PKK to take up the armed fight against the Turkish the state. He was 16 years old.

"My one son is in the PKK; my other son has just received his papers calling him to do his compulsory military service in the Turkish army. Who can want peace more than I do? There are tens of thousands of Kurdish families like us whose sons are in the mountains, or in prison. We all want peace because our hearts are in pieces - one piece up in the mountain, the other in prison, another in the military."

Demirbas says it's the duty of all politicians to strive for peace.

"Look, today when an airplane takes off to bomb the PKK bases in Kandil, I won't sleep at night, wondering what will happen to my son. The mother of a soldier longs for her son, the same as the mother of a guerilla. Before tomorrow is too late, before deaths increase, we the politicians should solve this problem."

Hundreds of people were killed or disappeared during the insurgency by Kurdish rebels in Turkey in the 1990s. Now time is running out for the relatives still seeking justice. (03.10.2012)