Jürgen Chrobog: Profile of a Gifted Crisis Manager | Germany | News and in-depth reporting from Berlin and beyond | DW | 29.12.2005

Jürgen Chrobog, a former German diplomat kidnapped in Yemen with his family, is, ironically, known as a skillful crisis manager himself. He negotiated the release of German tourists held hostage in the Sahara in 2003. 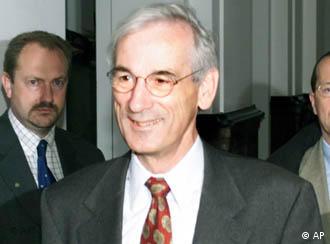 A tenacious negotiator with lots of patience

Born on Jan. 28, 1948 in Berlin, Chrobog studied law in Freiburg, Aix-en-Provence and Göttingen. In 1972, he switched to the diplomatic corps and headed the offices of then Foreign Minister Walter Scheel and his successor, Hans-Dietrich Genscher.

He represented Germany at the United Nations in New York, later in Singapore and at the European Union in Brussels. He was German ambassador to the United States from 1995 to 2001.

Chrobog then returned to Germany to serve as Foreign Minister Joschka Fischer's deputy and gained a reputation as a careful and gifted crisis manager -- someone who could deal with the toughest of tasks.

After the Sept. 11, 2001 attacks in the United States, Chrobog traveled to Pakistan to negotiate the release of aid workers from the organization Shelter Now who were held in Taliban prisons in Afghanistan.

His biggest challenge came in April 2003, when as deputy foreign minister he led an emergency task force charged with resolving the kidnapping of 15 European tourists -- nine of whom were German -- in the Sahara Desert. One hostage died during her captivity, but the others were freed six months later thanks to Chrobog's tenacious negotiations and good contacts. 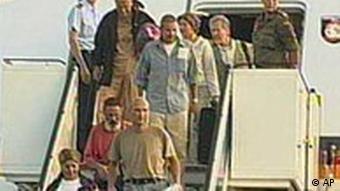 There was speculation later about how high a ransom Germany paid for the release of the hostages. But Chrobog made clear that the issue of ransom had no place in the public debate over the kidnappings.

Questioned by journalists shortly before his trip to Yemen, Chrobog was categorical. "You know if we talked about a ransom and explained that we were paying it all over the place, then we would invite it," Chrobog said. "We can't do that. It's highly dangerous. And besides, ransom isn't at the center of such negotiations."

Instead, he stressed, there are alternatives to paying a ransom.

"Lots of patience, negotiations, long drawn out negotiations. The hostage-taking in Algeria lasted six months. I was under unbelievable public pressure to come up with a quick solution," Chrobog said. "But you can't just do that. Military, police deployments aren't possible. You can only negotiate. All possible contacts are useful. Patience, patience, patience. There is no other recipe."

Since his retirement in mid-2005, Chroborg has acted as chairman of the supervisory board at the BMW foundation Herbert Quandt.

It remains to be seen whether the 65-year-old Chrobog's long experience with crisis-management will stand him in good stead during his own kidnapping in Yemen. It's unclear whether the kidnappers are even aware of the identity of their hostage.

Yemeni authorities say they are hopeful of a speedy release of a kidnapped former high-ranking German official and his family seized by tribesmen in the eastern part of the country. (Dec. 29, 2005)

Germany rejoiced following the freeing of hostage Susanne Osthoff and her driver in Iraq after more than three weeks in captivity. But details of the release are still shrouded in mystery. (Dec. 29, 2005)