Ivory Coast has started rolling out a vaccination campaign against Ebola after recording its first known case of the disease in more than a quarter of a century. 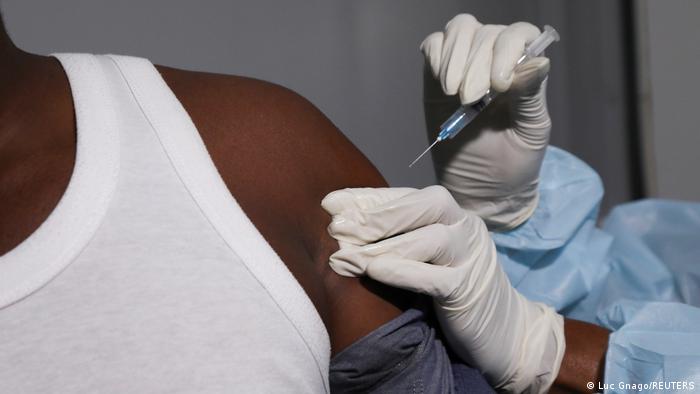 The Ivorian Health Ministry on Tuesday said priority groups would receive the Ebola vaccine, including health workers and the relatives and contacts of the victim.

An 18-year-old woman who arrived in the country last week from Guinea  was identified as having Ivory Coat's first case of Ebola since 1994.

Where did the case come from?

The single identified case was recorded over the weekend in Abidjan, the country's capital.

The woman arrived by bus from the city of Labe in Guinea last Wednesday and arrived in Abidjan on Wednesday.

She was admitted to hospital with a fever, and is said to be in a stable condition.

The WHO said genetic sequencing of a virus sample would determine whether the case was linked to a recent outbreak in neighboring Guinea.

According to the WHO, 12 Ebola deaths have been recorded in Guinea since February 14, although the country was declared free of the disease on June 19.

What is being done?

The Ivorian Health Ministry said it was hoping to vaccinate 2,000 people by Wednesday. Some 5,000 doses supplied by Guinea are available.

The ministry said it had identified some 70 people who had traveled on the same vehicles as the woman.

About 200 health workers, many from the hospital where the woman was admitted, were being vaccinated.

"This is a situation that is under control," Health Minister Pierre Dimba told reporters.

The World Health Organization (WHO) said it had identified one other possible case and nine contacts who were being monitored.

The WHO said the fact the disease had occurred in a densely populated conurbation of more than four million people was of "immense concern."

It said genetic sequencing of a virus sample would determine whether the case was linked to a recent outbreak in neighboring Guinea.

Preliminary sequencing showed a close match between the woman's case and the 2014-2016 Ebola outbreak, which killed a record 11,300 people.

That outbreak began in southeastern Guinea, where Guinea's latest outbreak originated, before spreading to Liberia and Sierra Leone.

The disease is passed through close contact with bodily fluids. Those who live with the patients, or who care for them, are deemed most at risk.