The World Health Organization has expressed "immense concern" about an Ebola outbreak in the country's largest city, Abidjan. An 18-year-old woman was hospitalized with the virus after arriving from neighboring Guinea. 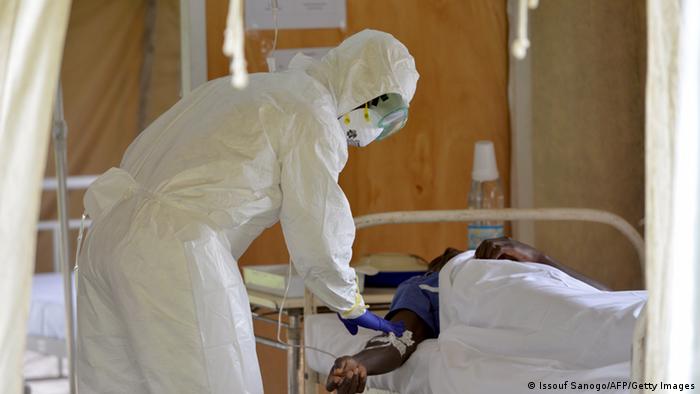 Ebola is a severe illness that often leads to death

The Ivory Coast on Friday declared its first confirmed case of Ebola virus since 1994.

The infected patient with the virus was hospitalized in Abidjan, the country's largest city.

The 18-year-old woman had arrived in Abidjan after traveling to the Ivory Coast from neighboring Guinea, health officials said.

"This is an isolated and imported case," Health Minister Pierre N'Gou Dimba told RTI state television. He added that the women is being treated in intensive care in Abidjan

WHO concerned about outbreak

The World Health Organization (WHO) said it was concerned about an Ebola outbreak in a large city .

"It is of immense concern that this outbreak has been declared in Abidjan, a metropolis of more than 4 million people," WHO Africa Regional Director Matshidiso Moeti said in a statement.

She added that "much of the world’s expertise in tackling Ebola is here on the continent" and said this can help the Ivory Coast bring its response to "full speed."

These include identification and surveillance potential contacts with the patient.
Guinea had previously experienced a four-month Ebola outbreak this year, which had been declared over in June. Twelve people died during the outbreak.

It's still unclear whether the confirmed case in the Ivory Coast is connected to the earlier outbreak in Guinea.

The WHO said it would carry out genomic sequencing to identify the strain of the virus to  determine if there is a connection between the two outbreaks.