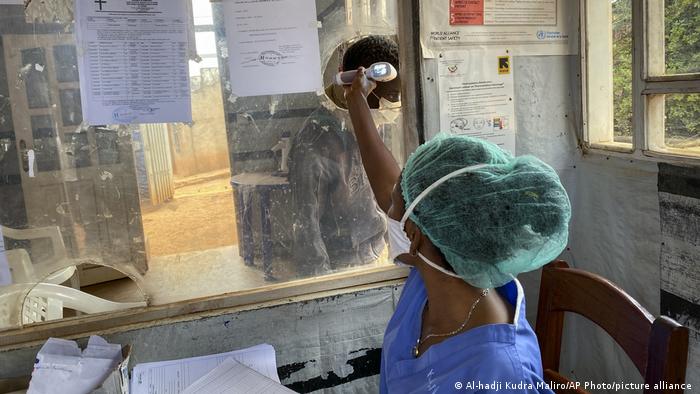 The government of Guinea officially declared a new outbreak of Ebola on Sunday.

The official confirmation of the outbreak comes after several cases were identified in the West African country.

Seven positive cases have been confirmed so far, including three deaths, he said.

Health officials earlier reported four deaths. It was not immediately clear why the figure was lowered.

On Saturday, Health Minister Remy Lamah told the AFP news agency that officials were "really concerned" about the Ebola fatalities, the first since a 2013-2016 epidemic — which began in Guinea and saw 11,300 die from the disease across the region.

What do we know about the cases?

One of the latest victims in the West African country was a nurse who developed symptoms in late January and was buried on February 1, Keita, who heads the National Health Security Agency, told local media.

He added that "some people who took part in this funeral began to have symptoms of diarrhea, vomiting, bleeding and fever a few days later."

The recent deaths from Ebola hemorrhagic fever occurred in the southeast region of Nzerekore, the health officials said.

The World Health Organization (WHO) has viewed each fresh emergence of Ebola since 2016 with extreme concern, treating the most recent outbreak in the Democratic Republic of Congo as a global health emergency.

A WHO representative told news agency AFP that the agency is mobilizing to quickly send help to Guinea.

DR Congo has faced many outbreaks of the disease, with the WHO on Thursday confirming a resurgence three months after authorities declared the end of the country's latest epidemic.

In November last year, the central African country declared the six-month epidemic was at an end. It was the 11th outbreak DR Congo has reported in total, with 55 people dying from 130 reported cases.

The widespread use of vaccines, which were given to more than 40,000 people, helped prevent further outbreaks.

The 2013-2016 epidemic galvanized the development of a vaccine against Ebola, with an international emergency stockpile of 500,000 doses planned to respond quickly to future outbreaks, the vaccine alliance GAVI said in January.

Over 200,000 displaced by conflict in Central African Republic, says UNHCR

Nearly half of those fleeing crossed over into the Democratic Republic of Congo. The national army has been battling rebels since a presidential vote took place in December.

Polio eradication in Africa points to challenges ahead

Africa is free of wild poliovirus. But the fight isn't over. Pakistan and Afghanistan still have it. And there's a form of vaccine-derived polio to stop as well. Experts say it may be time to reevaluate disease control.