The premier-designate has retained several officials from the outgoing government, including the ex-interior minister. His government will focus on harmonizing Italy's electoral laws and fortifying its banking sector. 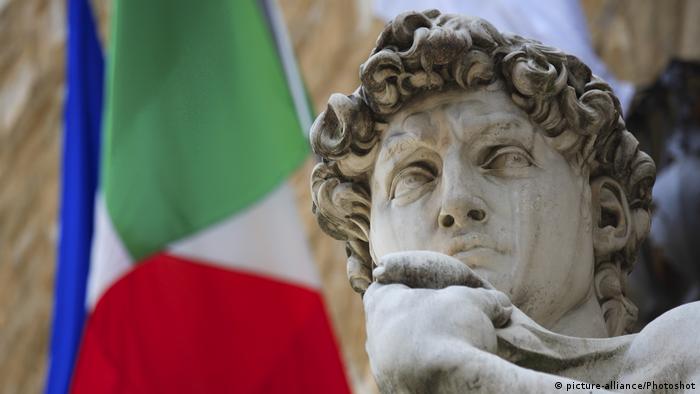 Monte dei Paschi, the world’s oldest bank, will try to save itself by raising funds through the private sector. If this doesn’t work the government may yet step in to save one of Italy's third-largest bank.

Italy’s prime minister-designate, Paolo Gentiloni, is viewed by many as only an interim candidate, but also as one who could calm the political waters before the next election. (12.12.2016)

As premier, Gentiloni will head a government led by members of the center-left Democratic Party (PD), including Justice Minister Andrea Orlando and Defense Minister Roberta Pinotti, who will retain their positions.

Pier Carlo Padoan, who has attempted to defuse a crisis in Italy's banking sector, will retain his position as finance minister.

The bank's chief executive said they will try to recapitalize by soliciting private funds before an end-of-the-year deadline. However, the European Central Bank (ECB) last week rejected a deadline extension for January 20, 2017.

Gentiloni said the new government would focus on revamping Italy's electoral laws, which have been left in shambles after a crushing defeat of December's constitutional referendum. The appointment of Italy's two chambers is currently delegated under separate electoral laws. 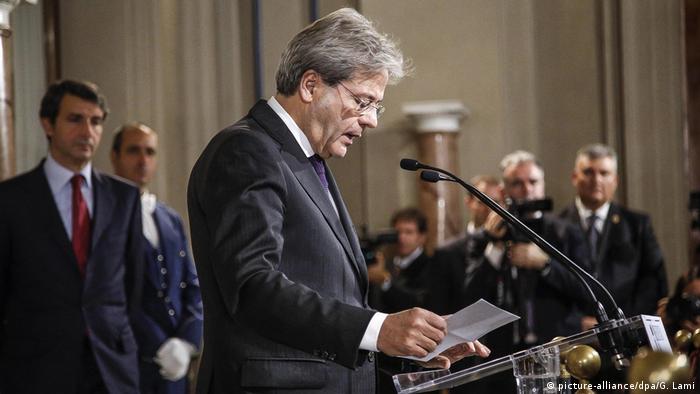 Ahead of the announcement, leftist opposition party Five Star Movement (M5S) said it did not join consultations for Gentiloni's government, describing it as a "charade."

"They can continue with their consultations, their sad and worn out rituals … We will appear in a public square and we will hold a parliamentary session there: it is going to be a flash mob for democracy," said M5S founder Beppe Grillo.

M5S and regionalist Northern League have criticized Gentiloni for being little more than Renzi's puppet.

Opposition parties have called for early elections, which Renzi said on Monday could take place by June of next year.