Tens of thousands of acres have gone up in flames in what Italian officials called "an unprecedented disaster." Spain and France were also battling wildfires. 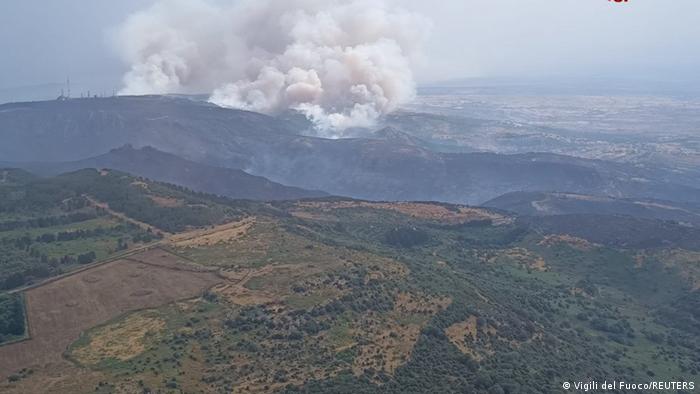 Wildfires raged through the Italian island of Sardinia on Monday, forcing emergency services to evacuate hundreds of people from their homes.

France and Greece each sent two planes to Sardinia to help put out what the Nuova Sardegna newspaper called an "enormous fire" that has been destroying fields in the Oristano province since Saturday.

What we know about the fires

Firefighters have battled to put out the blaze fanned by southwesterly winds and which, according to authorities, has already ravaged over 50,000 acres (20,000 hectares) around the historic central-western area of Montiferru.

There were no reports of anyone being killed or injured by the fire. 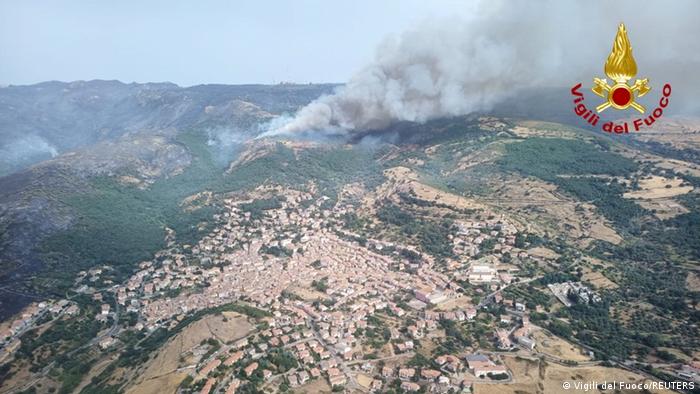 Officials said some 7,500 emergency workers, including members of Italy's forest police and the Red Cross, were helping evacuees and those at risk.

Emergency services managed to stave off enough of the threat on Sunday, allowing some evacuees from the town Cuglieri to return home. However, the threat is still classified as "extreme."

With temperatures expected to remain high on Monday, authorities are warning residents to remain on alert until the fire is fully under control.

"What we are witnessing is a drama of enormous proportions: hectares and hectares gone up in smoke, centuries of environmental and landscape history erased," Solinas told Italian news agency La Stampa.

Villaurbana's mayor, Paolo Pireddu, who is coordinating the response in his area, told ANSA his town had been "touched by the flames, which are now heading towards Mount Grighine."

"We have put the population on alert with the possibility of evacuating, should there be a need." 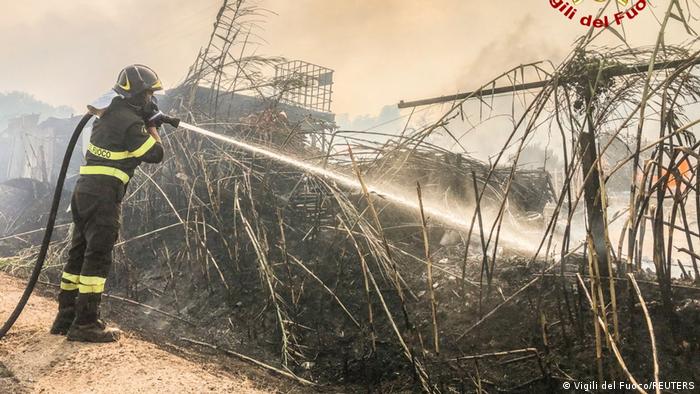 "It is not yet possible to estimate the damage caused by the fires still raging in the Oristanese area, but it is an unprecedented disaster," Solinas told the Nuova Sardegna newspaper.

"We are asking the government for immediate economic support to restore the damage and help affected communities get back on their feet."

Two firefighting planes from France and two from Greece arrived in Italy to assist in containing the fires, Italy's civil protection agency said.

Italy's foreign minister, Luigi Di Maio, said on Facebook that the agency appealed for aircraft from other European countries.

Greek Prime Minister Kyriakos Mitsotakis said it was important for "all state services to be on absolute alert" during the month of August.

Firefighters in Greece put out 50 blazes during the last 24 hours with a new heatwave elevating the risk of more fires.

Lenarcic said that the bloc's Emergency Response Coordination Center "remains in close contact with the Italian authorities to monitor developments on the ground and coordinate any further assistance as needed."

Wildfires burn in Spain and France

Wildfires broke out in northeast Spain on Saturday evening, consuming more than 3,000 acres of woodland in a rural area 100 kilometers (62 miles) west of Barcelona. 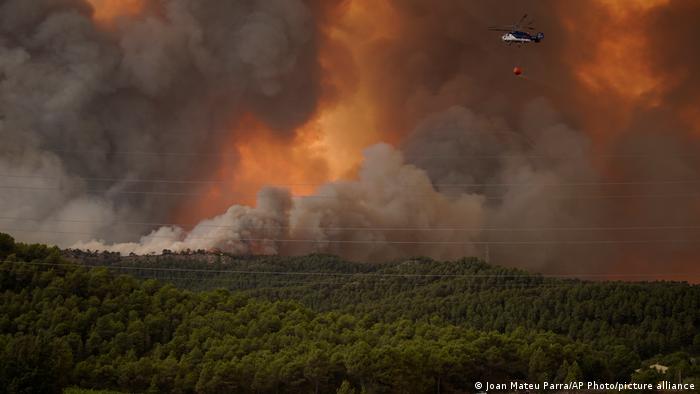 Catalan authorities evacuated 28 children and 14 camp counselors from a nearby summer camp on Sunday. By Monday the blaze had been 90% stabilized, authorities said.

Darmanin said a firefighting aircraft was also sent to a fire in a forested area between the cities of Narbonne and Carcassonne.

The fire has burned an area of around 2,100 acres. It has affected more than 100,000 households, according to France's electricity operator RTE.